If you’re a big gaming fan, then there’s no chance you’ve missed the incessant coverage and build up to next week’s release of Titanfall. The title, which roll out exclusively to those on Xbox and PC, is easily the biggest game to drop so far this year, and with just a few days to go before the show begins, its creators are looking to ramp up interest with a series of 8-bit, Titanfall-themed titles based on some old classics. The first installment of the Titanfall Arcade, based on Asteroids, is already available to play on the Web, and with the next two arcade releases based upon Mission Command and Centipede, this is a truly nostalgia-inducing, old-meets-new affair.

Each of these old favorites have been modified with certain Titanfall effects, and having played the Asteroids title for a good ten minutes, we’re left craving the more dynamic, action-packed Titanfall experience even more. 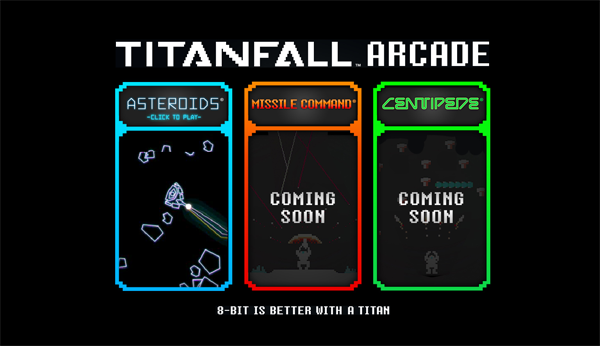 The Asteroids title is already available to play, and both Mission Command and Centipede will probably be dropped intermittently leading up to the March 11th release of Titanfall.

Earlier on today, Microsoft’s Major Nelson announced an Xbox One system update, which is currently trickling out to owners of the Redmond’s latest entertainment system as we speak. Within said update, there are some significant improvements that will help the system cope with the release of Titanfall, hopefully enabling multiplayer gamers to play without so much as a hitch. If you are an Xbox One user, and especially if you plan on picking up Titanfall next week, be sure to download and install the update so that you’re ready to jump right into the action when it’s released. 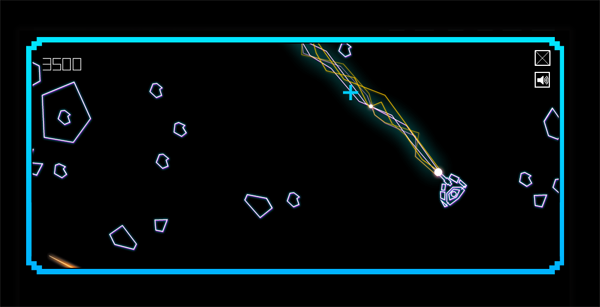 The Titanfall edition of Asteroids is free to play, and it’s unlikely that either of the next two will cost anything to play either, although we’ve a strong suspicion that, like us, you’ll instead be counting the days down to March 11th.

Titanfall will arrive for PC via EA’s very own Origin service, as well as the Xbox One on March 11th. A subsequent release for the Xbox 360 is scheduled for later in the month, on the 25th of March in the U.S. and  the 28th in Europe.

You can play Titanfall Arcade by pointing your browser to: titanfallarcade.com