The age of the Titans is almost upon us, with the upcoming release of the game just around the bend, looming closer by the hour as we approach March 11. Respawn Entertainment’s masterpiece is one of the most anticipated gaming titles of the year, and that is more than evident from the release of Microsoft’s Xbox One Titanfall bundle offer, as well as the collector’s edition pack of the game announced back in October last year. Now, the developer has released an unboxing video for the “very limited” edition of the game, showing all the contents in full glory, from the 18-inch tall Titan to the game itself.

The Collector’s Edition, which will become available March 11, contains an “exclusive collectible 18” Titan statue, handcrafted from over 300 individual parts and featuring battery-powered LED lighting,” showing Atlas in its real beauty. Other items include: 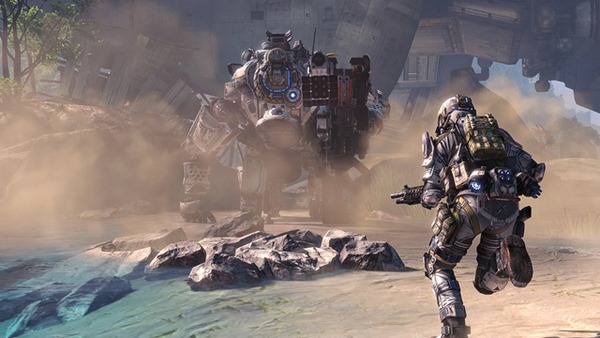 The Collector’s Edition package is priced at a whopping $250, which is, quite frankly, way overpriced for our taste and preference, since you can buy an actual Xbox One console for double that amount. Paying that much for game, even if it’s the collector’s edition, doesn’t make much sense, but then again, it’s not really aimed towards the average, casual gamer – if you’re a hardcore fan, you’d want that gigantic Titan sitting on your desk anyway. Throw in the exclusivity that the “very limited” stock of this edition promises, and you’ve got yourself a hardcore gamers’ deepest fantasy. We’re sure that we’ll these running out of stock pretty soon. 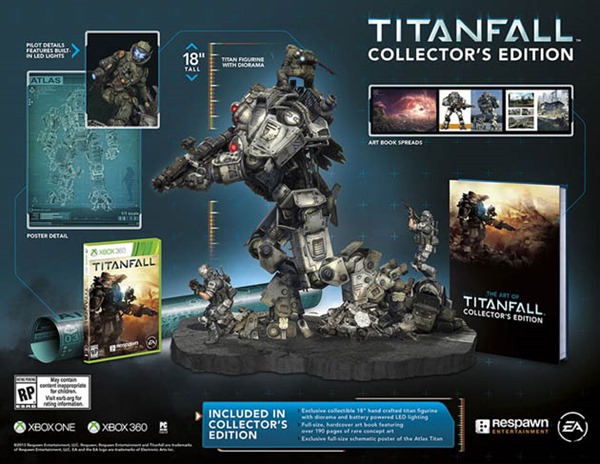 An interesting element of the Collector’s Edition is that should your retailer support it (it’s currently available for pre-order via Amazon, GameStop, Target and Wal-Mart), you can even upgrade your existing, regular pre-order to the coveted Collector’s Edition should you undergo a change of heart. Some retailers are also offering a pre-order incentive, so you might want to explore your options before placing your order.

All of this goes to show how successful the game has been, how serious Respawn Entertainment is about making it more successful, and how deep the gaming industry has penetrated into the masses. Personally, I think it will be one heck of a game to enjoy – just not worth spending $250 on for a Collector’s Edition.