According to a report over at Reuters, Apple’s head honcho Tim Cook and Google CEO Larry Page have been discussing possible ways to resolve patent issues between their two respective companies. The pair (Apple and Google, that is), make up the majority of the mobile OS market, and in light of the recent ruling in favor of Apple over Samsung, the Cupertino outfit and the Android maker are said to be "keeping the lines of communication open."

As the past week has proved, the patent issues are of great significance in the mobile monopoly, and both Page and Cook have, according to those clichéd "sources familiar with the matter," been conversing behind closed doors in order to find some kind of resolution. Apparently, the two CEOs had a phone conversation last week, while lower-level officials from both sides are still locked in discussion. 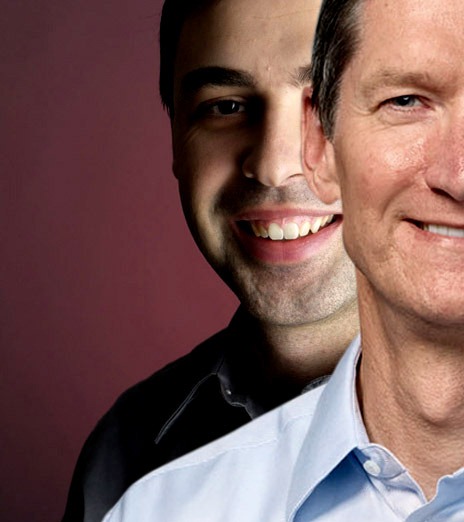 Prior to the most recent Samsung ordeal, Cook expressed his desire to resolve issues without going through the courts wherever possible, although as the subsequent ruling proved, there was no way Apple could have allowed such a significant patent infringement to pass. Unlike his predecessor, Steve Jobs, Cook doesn’t seem to be a man of conflict, and while the blogosphere has enjoyed the dramatic courtroom battles, that’s not the manner in which Cook likes to go about things.

Jobs once, quite famously, met with former Apple board member and executive chairman of Google Eric Schmidt at a cafe in Palo Alto, California, with regards to a previous lawsuit Apple had fired Google’s way some time ago. The late, great Apple co-founder always seemed to have a chip on his shoulder with regards to Google’s Android, and said to Schmidt:

If you offer me $5 billion, I won’t want it. I’ve got plenty of money. I want you to stop using our ideas in Android, that’s all I want.

Cook is a little more diplomatic, and along with Page, has supposedly been discussing some kind of settlement truce in order to try and iron out some of the minor patent issues which have been raised. Of course, there are also some more significant problems which may not be resolvable over a cup of coffee and a muffin, but it’s certainly a start, and suggests the end result might not be quite as headline-grabbing as the events of San Jose.