The US Open is one of the oldest international tennis championships today, having been contested since 1881. It is the fourth and final grand slam tournament of the year – after Australian Open, French Open and Wimbledon. The 2012 version of the tournament started three days ago on August 27th and will continue till September 9th when the men’s finals will take place.

Now, if you’re a fan of tennis, is actively following the US Open and own a smartphone, you’ll be glad to know that an official app for the tournament was released a few days ago that lets you follow its proceedings on the go. Check it out after the jump.

The US Open app is a whole lot more fully featured than the official Wimbledon app we covered some time back. It’s most awesome feature is easily its ability to live stream matches during Labor Day and Finals Weekend; besides offering on-demand video of highlights, press conferences, match analysis etc. It also comes with two special features from American Express which includes live streaming radio coverage and My US Open which lets you create personalized experience on every match day for following players and their matches. 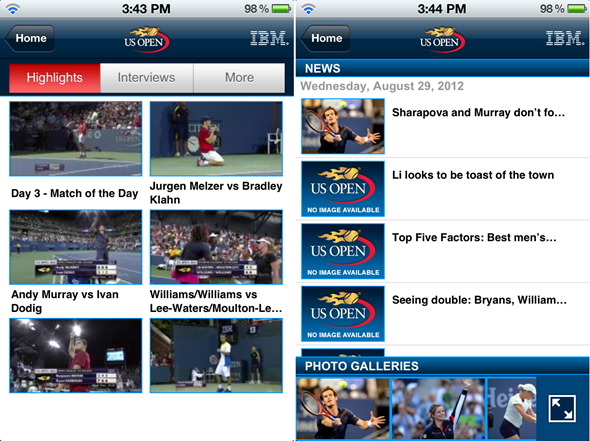 Other features are now standard fare for sports event apps: real-time score updates and complete match results, the ability to follow your personal favorite athletes and read their profile, check up on the schedule of play, see high quality photos, follow US Open’s updates on different social networks, get push notifications for updates on your favorite players or overall breaking news, etc. etc. 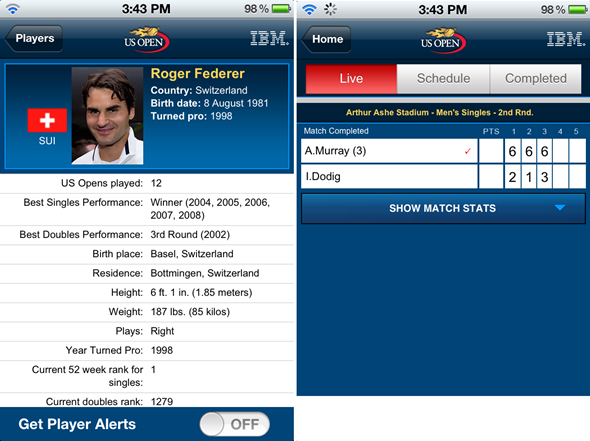 I’ve tested the app on an iPhone 4S on iOS 5.1.1 myself and found it to be quite useful. It does what it says in a simple manner and that’s just what everyone needs from sports event app. The added ability to live stream the final matches makes this the best sports event app I’ve seen so far. I look forward to using it during Finals Weekend where, hopefully, top ranked players like Roger Federer and Novak Djokovic will battle it out for 2012 US Open title.

US Open is a completely free app that works on all iOS devices on iOS 5.0 or later. It also has an Android version that works on Android devices running 2.2 Froyo or later.