This Web App Lets You Watch Live TV Channels From Around The Globe Right On Your iPhone, iPad, Android

A new live TV streaming website offers content from around the globe, for free, and right on your iPad, iPhone or iPod touch, and your Android devices too. What’s better, is all this is for free, and it’s available right now. The problem is, the chances are that it won’t be around for much longer now since the eyes of the world are very literally on it.

Streaming media is one thing that both the iPad and the iPhone are particularly good at, and the iPad especially is built for making video as portable as possible. Just flicking through the iOS App Store will reveal hundreds of apps that are dedicated to taking video and putting it onto that gorgeous 9.7-inch screen.

The problem is, the rights to show television shows and movies are extremely complicated. Even Apple cannot make the companies involved play ball, leaving iTunes devoid of top quality content on some international stages, which is a big let downer in our books, but its something we have to live with. 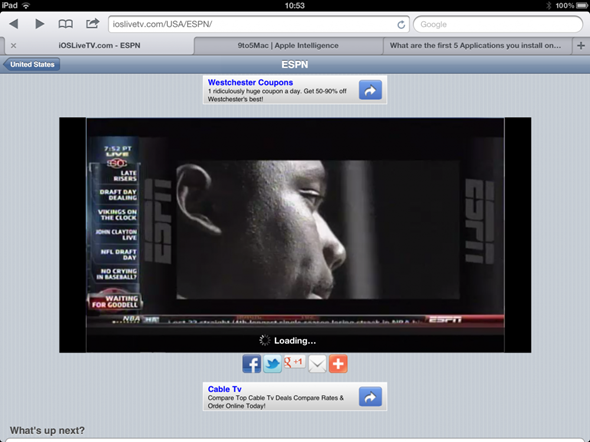 One way of getting around such intricacies is to use a new website that promises to stream live television over the magic that is the internet, and straight onto an iOS device of your choice, yes, that includes the mighty trio of Apple’s offering, which is the iPhone, iPad and iPod touch, and also, all of your Android devices. TV from the UK, US and other countries is available, with plenty of channels to choose from. After trying the service out for the last hour or so we have to say that the streaming quality is extremely impressive, with minimal buffering and a silky smooth stream that was a pleasure to watch. The problem is, we can’t see it being around for long. 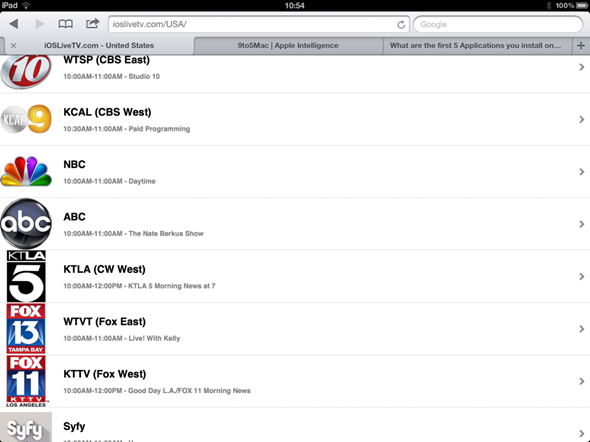 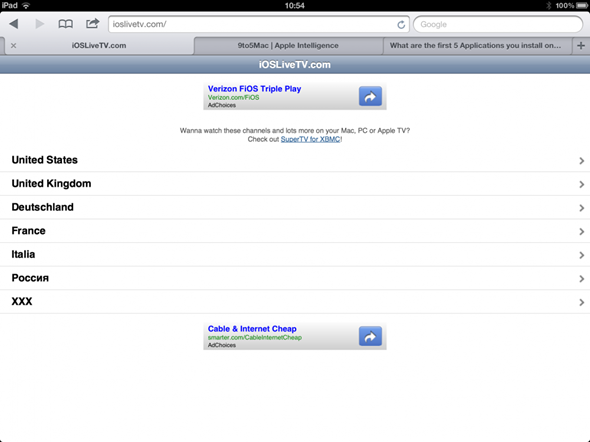 By deciding to go the website route rather than to release a full iOS app via the App Store or the Google Play Store, the team behind iOSLiveTV managed to avoid the probable rejection that would come via Apple’s crack app checking team, or Google’s not-so-strict app policy. That probably won’t save the website for long, however.

It’s probably worth checking out iOSLiveTV.com as soon as possible, because as good as it is, we don’t expect it to be available for much longer. Which is a shame, really, because it really is ridiculously good, it really is!