Whilst Apple has spent much of 2011 arguing patent issues in a just but often petty ongoing back and forth with Samsung, one website in particular has been overtly undercutting the Cupertino company of potentially millions. 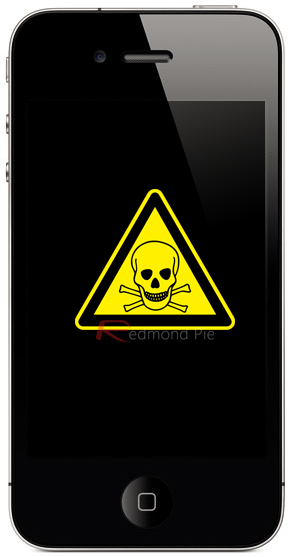 AppTrackr, whilst not a direct distributor of illegal content, indexes the .ipa of any popular app or game you could care to name. With a host of http file sharing links available, users can search, download and even check for updates using Install0us, which is freely available on the repository which will not be named for obvious reasons. Incase you’re unaware, the accompanying AppSync utility also allows these apps to be transferred to iTunes for effortless syncing as if they’ve been legitimately purchased.

An excerpt from the site’s mission statement reads:

When far-too-many applications on the App Store are complete and utter shit, consumer money is wasted on applications that are promptly deleted by the enraged, ripped-off customer. Although it is not our place to decide, we believe that money should only be directed to developers who show an interest in creating innovative, fun and imaginative applications that are worth the price we pay.

According to iJailbreak, Apple has been vigorously scanning the site ordering takedown notices, and AppTrackr has swiftly moved servers to copyright havens, in a move reminiscent of ThePirateBay all those years ago.

Over the last several months, Apple has been scraping apptrackr for links and sending huge takedown notices for a ton of content. We’ve been working to keep apptrackr up-to-date, but the only (effective) way to prevent automated takedowns was to add a CAPTCHA to outbound links. In addition, we finished moving our servers to several different countries earlier this week. This has raised our costs far beyond what we can afford with declining donations, meaning that we will have to place an advertisement on that CAPTCHA page …

Piracy is a contentious subject which often gets people’s backs up – no matter which side of the fence they may reside. It could be argued that illegal downloaders may not – and probably would not – have purchased the app anyway, since they wouldn’t have felt it worthwhile, thus it’s not money lost. But one has to look at the entire picture – if people are downloading all apps the not-so-legal way, what is the likelihood of said user going through the App Store to download something they like if it’s already on their SpringBoard?

Unlike the audio piracy debate, apps are digital in their entirety, so an ill-gotten digital copy compromises nothing on the part of the consumer; no lost cover art, physical media, or sleeve notes.

AppTrackr and sites similar are, rather unfortunately, the main reason why many people jailbreak. Sure, tens of thousands of App Store apps aren’t worth the download, but that doesn’t make taking them any less unscrupulous. For example, when Comex released JailbreakMe 3.0, allowing every device including the iPad 2 to join the Cydia parade, Install0us was heavily overloaded due to the surge of users looking for freebies.

Developers work hard to produce some really productive and exciting apps and games, and despite not looking to appoint ourselves as the moral conscience police, it’s illegal, and hurts the progress of mobile apps.

Stay tuned for more as it unfolds.

Thanks Dusty for the hat tip!