A few days back, we updated you guys with a little information regarding the upcoming iOS 5.1 release – set to finally be seeded to the end-user on March 9th, according to reports.

According to a screenshot floating around the interweb, iOS’s Notes app is said to be getting a mini-overhaul, enhancing the somewhat basic feature set by offering rich text features.

One of the luxuries of having a jailbreak community is that ideas can be put into practice without having to wait (often in vain) for Apple to introduce them. More than just a community, there are some seriously talented developers pushing the tweaks through Cydia, with one of the most active and prominent figures being that of Ryan Petrich. 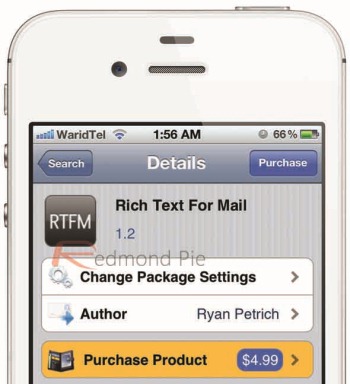 Creator of notable tweaks RetinaPad, SplitMail as well as the essential Activator, Petrich also has a tweak which allows you to customize the text you use when sending e-mails through the Mail.app. In light of the recent rumors, he has now added similar support for the Notes.app, meaning if indeed the rumored update does bear fruit, you won’t be having to wait for it. Moreover, if the rich text and formatting support stays as rumor, if nothing else you’ll be able to claim one-upmanship over the rest! 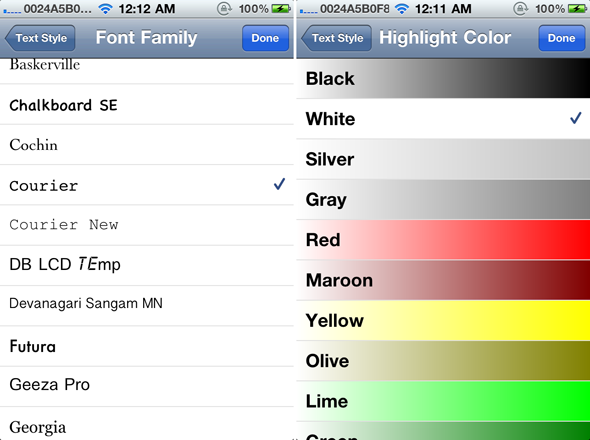 It’s a great little tweak, but doesn’t come cheap at $4.99. Then again, with features such as Format, Bold, Italic, Strikethrough, Underline and Image, it’s one any avid note-taker or e-mailer wouldn’t want to miss and also; Ryan Petrich’s tweaks always seem to be well-polished and bugs are seldom significant. Here’s a video of the tweak in action:

It can be obtained over at the BigBoss repo, which will be in your default list of Cydia sources unless you’ve opted to delete it.