This Smartphone Packs A Gigantic 10,000mAh Battery, Can Last 10 Days On Single Charge

Apple and Samsung may appear to have the smartphone arena locked down in terms of pure popularity and associated sales figures, but it looks like there could be a new leader ready to reign supreme from a battery capacity perspective. Chinese handset manufacturer Oukitel is back with a new smartphone offering that packs in a whopping 10,000mAh capacity battery that gives up to 10 to 15 days of life under optimum usage conditions.

Let us introduce you to the Oukitel K10000. Not exactly the catchiest name out there, and certainly not one that’s going to rack up a cult like following like the “iPhone” or the “Galaxy S” models, but its insane battery capacity and accompanying price-tag should be enough to win it some admirers. 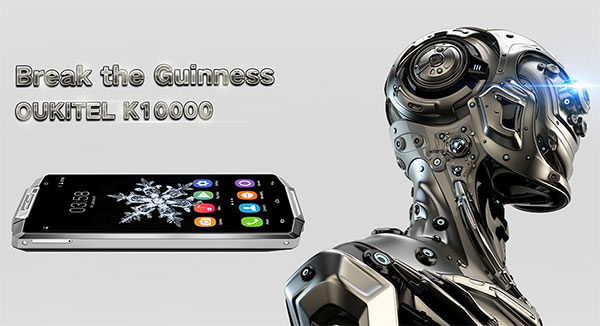 The manufacturers claim that the K10000 sports the largest battery cell that has ever been integrated into a device of this nature – a smartphone for that matter. Given the fact that the internal battery is a 10,000mAh offering, it’s really hard to challenge that claim, but this brilliance however, comes with a catch; hardware specification which puts the K10000 firmly into the entry-level category. 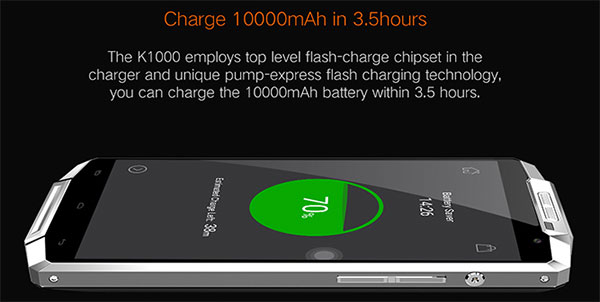 The K10000 includes a large 5.5-inch 720p IPS touch display with an integrated 8-megapixel rear camera offering with LED flash. At the heart of the phone is the MediaTek MT673 SoC with 1 GHz quad-core Cortex-A53 processor. That processor setup is backed by an integrated 2GB of RAM and 16GB of expandable storage. There’s 4G LTE data for those who care about that sort of thing, as well as dual-SIM functionality for those who require a device that is capable of storing a SIM from two different networks. Perfect as a secondary device for those who travel a lot on business or vacations. The phone comes running Android 5.1 Lollipop out-of-the-box. 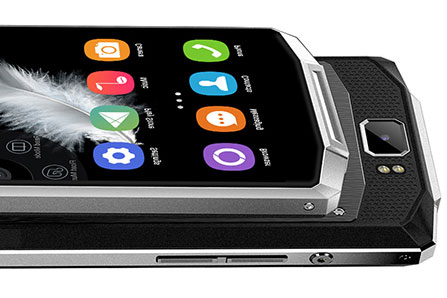 The external design of the K10000 can be best described as “quirky”. The unusual design is characterized by its relatively attractive metal frame that adorns the whole outer edge of the phone. It’s certainly different enough visually to appeal to a number of users who want to stray away from the iPhones and Galaxy S devices of this world, but the unique design is likely to put off as many consumers as it attracts. Though where this phone excels at, is not just carrying that enormous battery, but the fact that it also supports reverse charging, which means you can top up the rest of your devices using the K10000. 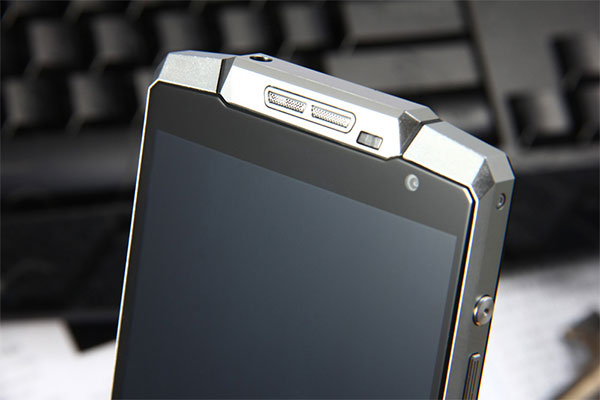 With all of that said, if you’re looking for a relatively cheap handset that offers phenomenal battery life and a fairly performant experience, then you really can’t look past the K10000. The phone is available to pre-order right now for $240 with shipping beginning January 21st. 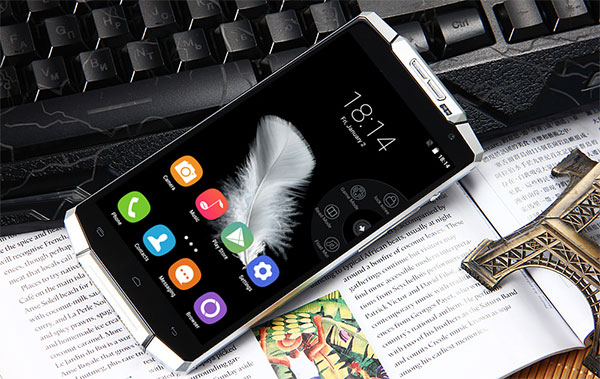