For well over a decade, the motion picture industry has been fighting a somewhat losing battle against piracy, but in recent times, there have been some crumbs of comfort. Netflix, for example, is a subscription package used by millions of consumers worldwide, and although the major studios don’t recoup as much as they used to from, say, DVD sales, the likes of Netflix are still more desirable than people downloading illegally. Now, one former Wall Street analyst has developed a new service that essentially allows users to "borrow" digital copies of movies from their friends, and whilst Hollywood has yet to hop aboard, it does seem that the creator has taken the necessary steps to ensure the service’s legality.

Back in the day, for lack of a better phrase, many of us shared games, movies and music with our friends. Whether it was a new CD or that blockbuster movie everyone was talking about, there was usually a friend or family member with a copy we could check out. Wavelength, created by former analyst Spencer Wang, essentially digitizes this idea of borrowing with an interface that shows legally purchased movies along with those acquired by friends. 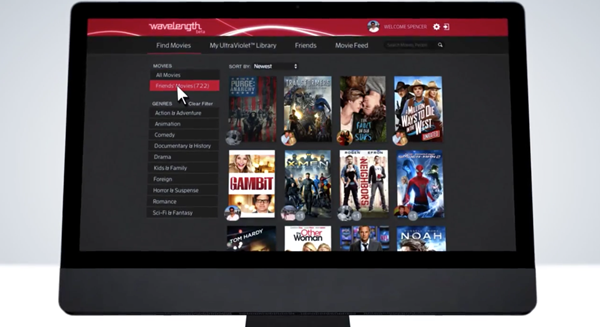 So where you’d usually check your own movie collection and maybe ask around to see if anybody had something interesting for you to borrow and watch, Wavelength lets you browse, and borrow, any movie of any of your friends, and they can do likewise.

It all sounds a little bit shady, and indeed, too good to be true. But the UltraViolet cloud locker system, which was set up by members of the movie industry a couple of years back, was designed to let users buy a movie once and subsequently stream it to multiple (up to six) devices. Since the owners of these devices don’t need to be family members, Wavelength takes advantage of the situation in letting groups of people share movies, also permitting up to three users to watch the same movie at any given time.

Purchases are currently handled by preexisting online retailers, but should Hollywood see value in Wavelength’s business model, it’s plausible that the service will begin distributing movies off its own accord.

Check out the brief introduction clip of Wavelength below: