Security firm Lookout has been among the foremost in enhancing mobile security to the general consumer, with its apps highly regarded by those who use them. Given how frequently mobile devices are targeted by unwanted intruders nowadays, the company has added a new Theft Alerts system, and whilst similar apps offer features to help users recover a lost or stolen device, Lookout’s new implementation is both pro-active and effective in how it goes about its business.

In a sense, Theft Alerts acts in a similar manner to which Find My iPhone does, but given how the app is compatible for both Android and iOS, covers both major bases. It recognizes common behaviors utilized by thieves when snatching a device such as forcing Airplane / Flight Mode or switching a device off / removing the SIM, and in turn, will notify you by email should any of these instances occur. 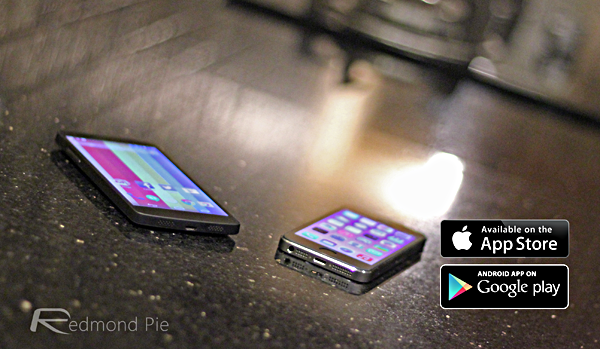 It will also attempt to take a photo of the perpetrator’s face, which may well be very useful in helping you recover your handset, and with the ability to pinpoint a device’s location using GPS, this info is also pushed your way as you try to track down your beloved smartphone or tablet.

Even if you are running an iPhone and have Find My iPhone activated and working, there’s certainly no harm in hedging your bets by doubling up, and given how many other great features the Lookout app contains, it’s definitely worth having it on board. 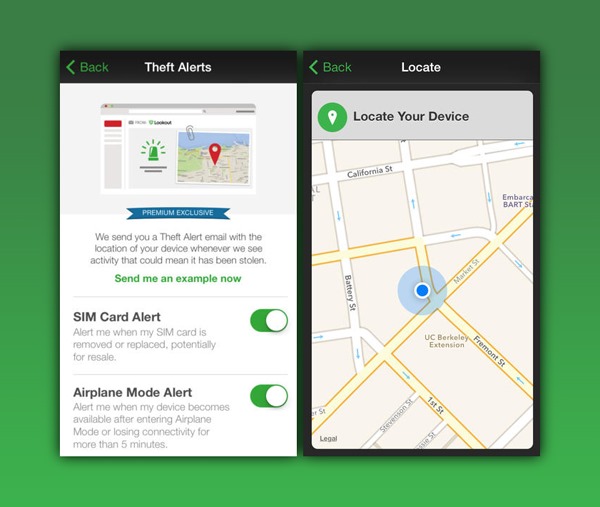 I have been using Lookout for some time on Android, and have been very impressed with it so far. Whenever I’ve misplaced my phone, I can readily utilize the Web interface to check its whereabouts, so if it has, in fact, slipped out of my pocket and under the seat in my car, I won’t spend half the day frantically checking around the house or worse, calling up my carrier to report it lost. 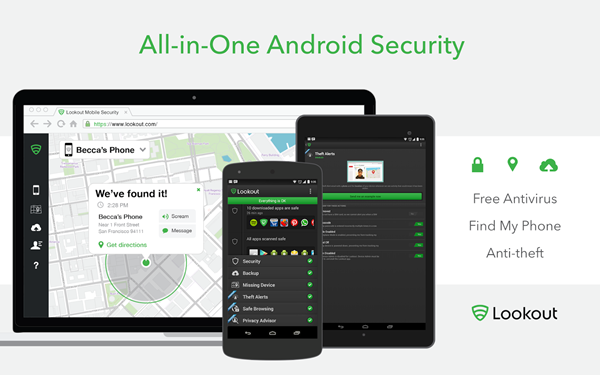 The Lookout App, which contains the new Theft Alerts features, is now available to download from the App Store as well as Google Play Store. It’s free of charge, although if you want to pay for the subscription, you can also enjoy a bunch of extras including remote locking (Android-only) and photo backup.

If you’re still not convinced with the security prowess of Lookout on Android, then give Android Device Manager a shot, which is an official service for locating and remotely wiping your Android smartphone or tablet. While those on iOS can always opt for Find my iPhone, which we’ve mentioned above already.