All this talk of self-driving cars just will not go away. Would we really want vehicles on our roads and public highways that can actually drive themselves? Maneuvering in and out of traffic at relatively high speeds? Is that a world we’re ready for? Well, regardless of public opinion, a number of big profile motor companies are investing heavily in research relating to producing self-driving vehicles and it looks like Land Rover is the latest behemoth to just enter that list after confirming that it is investigating new remote control technology as a stepping stone towards driverless cars.

The race to produce the first reliable and commercially viable driverless vehicle is akin to the ‘Space Race’ that occurred from 1955 to 1972 between Cold War rivals the United States and the Soviet Union. Frantically researching and developing with the intention of gaining supremacy in spaceflight capability may turn out to ultimately be a lot more important historically than driverless cars, but the struggle to reach that point is definitely comparable. Land Rover’s admission is the first official sign that the company has given that it is in the process of developing autonomous vehicles. 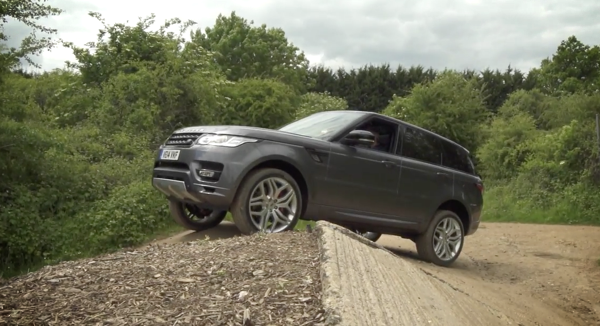 In an effort to actually showcase the progress, and what has thus far been achieved with the autonomous vehicle, Land Rover posted an official video online showing a Range Rover Sport being controlled remotely by an Apple iPhone. It appears to be the belief of Land Rover that potentially offering this type of remote controlled functionality via a smartphone app would provide owners with the ability to maneuver the car out of difficult situations or to guide it through rough terrain at a maximum speed of 4mph. The company certainly makes a convincing argument but has not confirmed whether or not it actually intends to sell vehicles with this feature built-in.

In addition to simple, slow-speed maneuvering, the system would also be capable of selecting individual gears, steering, braking to a complete stop and accelerating to the pre-defined maximum speed allowed when in this remote control mode. Land Rover may be a giant in the motor industry but the company isn’t flying solo when it comes to investing in this type of autonomous vehicle. “Outsiders” like Apple and Google have also shown interest in this technology meaning that we could soon have our very own modern day driverless car race about to happen.