Developer James Whelton has managed to hack his 6th-generation iPod nano which he won recently at “some award”. This has enabled him to bypass cache compression of the device, resulting in installing of a Springboard hack on the iPod nano which allows for blank space creation. 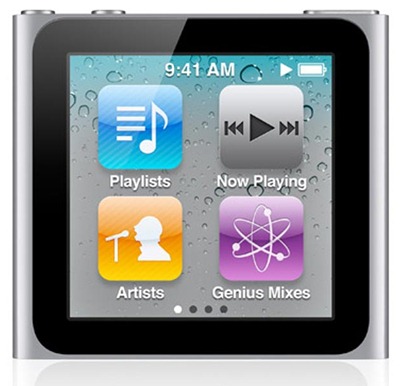 The springboard hack is just the removal of a app and creation of a blank space. Not that amazing, but whats important is the bypass of Nano’s cache comparison, which compares any modded SB file and reverts it if it doesn’t like it, this opens up the possibility of hacking and modding, while not adding bootloaders or any of that fun stuff.

What this means is that we could soon see some cool new features coming to iPod nano, such as Movies, TV Shows, Apps, Games, vCards, Calender events and so on, the references for which has been discovered in a plist file on the nano.

… in some of the device’s plists of reference to support of Movies, TV Shows, Apps, Games, vCards, Calender events and so on, with a few other cool things like a passcode lock. With the bypass I figured out, I hope to enable these pretty soon. It seems like the OS is a rehashed version of the previous Nano’s OS.

It is important to note here that this iPod nano hasn’t been jailbroken yet. There is no root access on the device. But the discoveries made by Whelton has made him believe that the possibility of a jailbreak might exist:

… the iPod Nano hasn’t been “jailbroken” as some sites claim, I do not have root access over the device. I did not “install” an app. I figured out how to remove them and insert a blank space into the springboard.

What I have also done is figured out a way for the iPod to boot with modified files (eg the SpingBoard Plist), bypassing the procedure it takes to stop this, I hope this will allow us to figure out a way to jailbreak it. I am primarily focusing on exposing some of the (for now) hidden features of the device.

Thanks to ShadowSonic2 for sending this in.