Pronounced "pinch", the headset is poised as a mobile VR platform which is capable of supporting content creation, content consumption and even e-commerce, given its use of spatial interaction. Cordon Development Labs – a Toronto based company – is the driver behind this project which has the potential to actually make you feel like you’re dreaming. 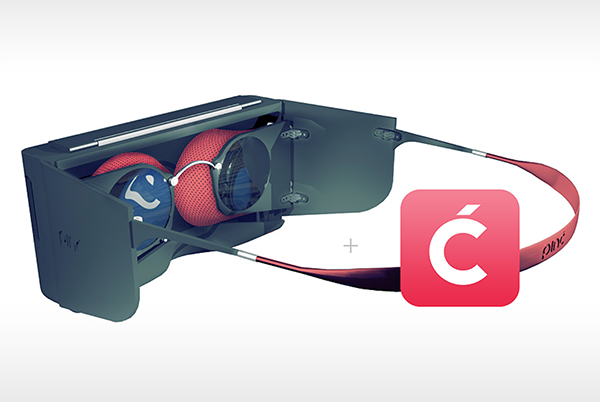 Earlier, we saw the announcement of the Samsung Gear VR headset for the Galaxy Note 4 as well, but the gizmo served an entirely different purpose, focusing on games and movies with no spatial interaction at all.

The project (Pinć) gets its name from the tacks or pinchers worn on the fingers, and tracked by the iPhone’s camera coupled with the the VR headset as you interact through the space using various multi-touch gestures. Pinć is also making use of the Apple M8 motion co-processor found in the iPhone 6 / 6 Plus to track additional head movements while wearing the VR headset. 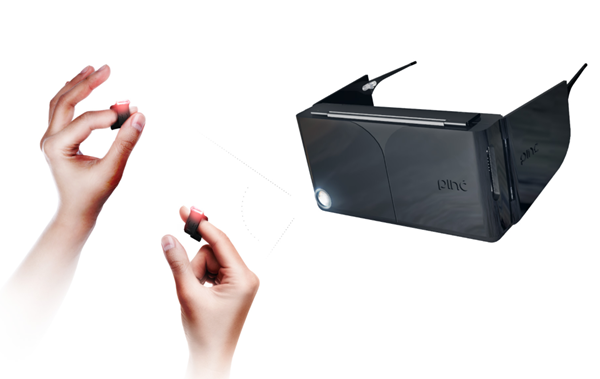 On the software side of things, Pinć is using the popular Unity 3D engine technology which is already specialized for mobile platforms, and for now offers a number of animation styles while browsing through your phone such as carousel, horizon, spider, tile, hover etc.. 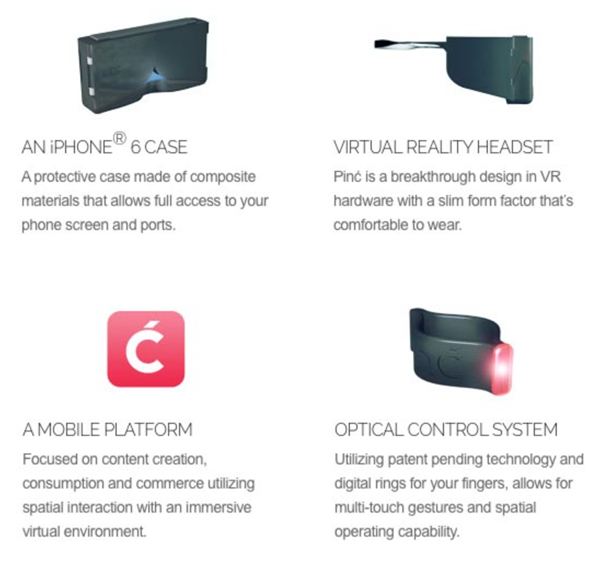 The Pinć project is definitely a major head turner and is likely to have a lot of companies interested in the breakthrough that Cordon is headed to with its own twist on a mobile VR platform that looks ahead of just games and movies. A prototype for now, Cordon has launched a crowdfunding campaign on Indiegogo with the hopes and aim of raising about US$100,000 in a month to ensure that the project does actually move up the ladder and ultimately reach consumer launch. 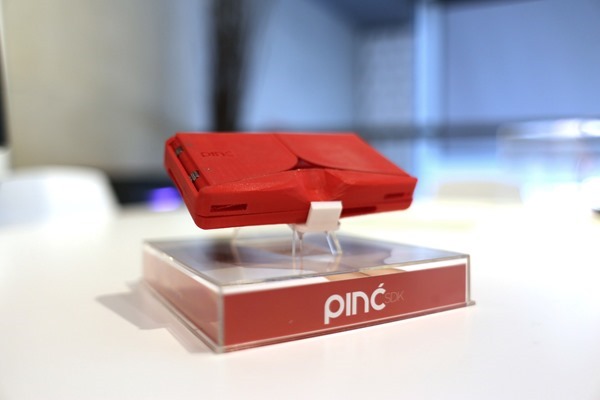 Cordon is also looking to release its software development kit in the near future to really get third-party support up and kicking by next spring when Pinć starts shipping out.