This iPhone 8 Concept Takes Design Cues From The Original iPhone

You would need to have been hiding under a rock or living in a cave somewhere to have been able to avoid the fact that 2017 marks the tenth anniversary of the original iPhone’s release and that, to celebrate, Apple is expected to unleash a new iPhone that will blow the socks off of the smartphone market. Well, it’s expected to at least look very different to existing iPhones.

It’s that outward appearance that lends itself to the creation of more concept videos and artwork than we would normally see six months out from a big iPhone release, and today, we have been treated to another. 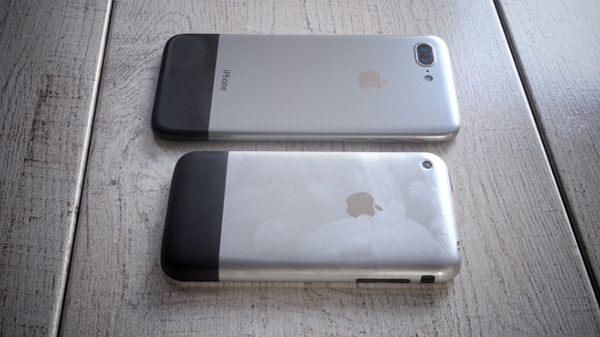 This new concept, commissioned by Computer Bild and created by designer Martin Hajek, shows what is expected to be the iPhone 8.

This particular concept leans heavily on the suggestion that this new iPhone will borrow inspiration from that first iPhone from 2007, and it is clear to see where that inspiration leads to in this concept. Those who remember the original iPhone will undoubtedly remember the black plastic antenna area at the bottom of the device’s rear panel, and in Hajek’s concept based on recent rumors, that panel is back with a vengeance, and it looks stunning.

The iPhone X in the COMPUTER BILD edition is an eye-catcher: it’s flatter, more chic – and the XXL screen with similar compact dimensions already a display giant! The screen, which is slightly rounded to the outside, covers nearly the entire front of the smart phone – only the upper of the two stereo speakers and the front camera are given a small black frame. The traditional home button disappears – but only at first glance. In all important living conditions the helping circle with integrated fingerprint sensor appears as usual, but in virtual form. The dual-camera known by the iPhone 7 Plus remains, but does not stick out now.

Other highlights include an edge-to-edge display and the removal of the Home button completely, similar to the way Samsung has gone for an all-software button approach with its new Galaxy S8 and Galaxy S8+. 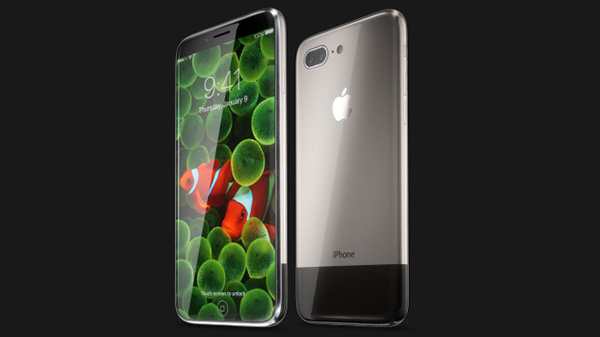 Regardless of the nitty gritty, what we do know is this – if the iPhone 8 – or iPhone X, as it is being called – looks anything like this, then we are in for a treat.