Even though the iPhone 5 has only hit shelves a few months ago, Apple is for sure already looking a few generations ahead and getting ready to introduce the next iPhone model. We likely won’t hear a word from the Cupertino company for some long months, but it’s never too soon to start speculating.

This new video concept depicts an interesting take on the iPhone design, almost completely based off the current-generation iPod nano, introduced last September. 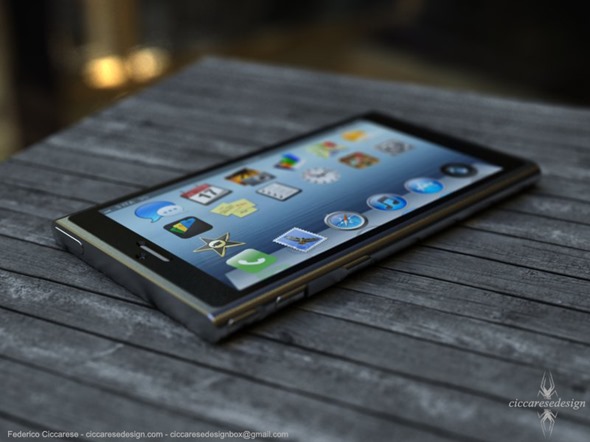 The device features a very thin casing, a tall screen and a minimalistic aluminum design. This has inspired this concept: a very thin phone with a minimalistic but highly efficient design. There are some design differences, such as the much larger screen size (which, unlike the Nano, nearly covers the whole front of the device) and the absence of a Home button, a design change that has long been speculated. Check out this work of art below:

Aside from the major hardware changes, the artist predicts a major software shift as well. This concept does not depict a phone running iOS: instead, it features an iOS/OS X hybrid which is depicted as “iOSX”. This “operating system” features much larger icons (much like OS X) and a design of the dock that greatly resembles OS X. Apple has long been expected to combine OS X and iOS, a process that many of the company’s enthusiasts point out that has already begun, with the release of OS X Lion, and later Mountain Lion, which both include changes that make it much more iOS-like. However, Apple will likely not do anything similar the implementation seen in this concept, instead opting for implementing incremental transformations to OS X, bringing more features from iOS. Indeed, iOS 7 is already said to be in development. 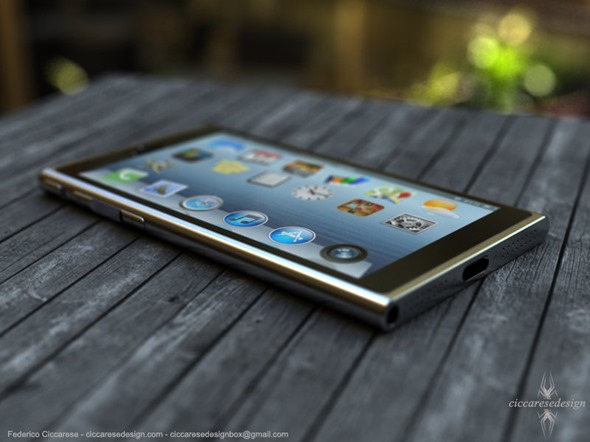 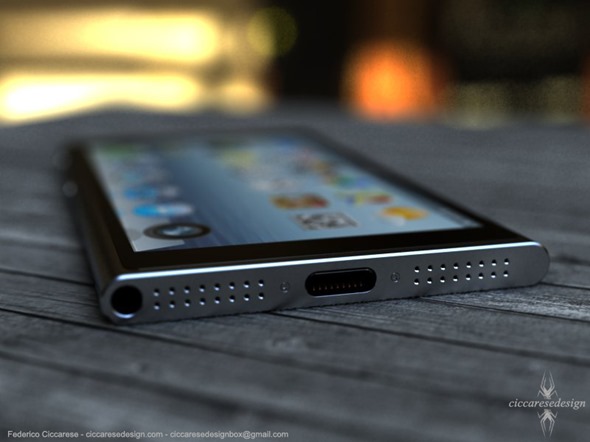 Many Apple enthusiasts have accused the company of not innovating enough with the recently released iPhone 5, deeming it as an evolutionary update of a design that is already showing its age. In order to up its game, the fruit company will surely look at making more radical design changes, although an iPod nano-like design might fall short of what is required. Regardless, this is an interesting artist-made concept that will surely set speculation alive.