The iPhone 5 was released a few months ago with much fanfare, yet many have been left questioning whether Apple has made its infamous new device as good as it could. Those wondering what the device might have been have suggested many minor features, but a new concept that emerged on a French website looks very appealing.

Imagine if a small iPhone, or an iPhone 5S could, with just a few touches of the finger, turn into a Mac – a fully functional, virtual, projected Mac that is! After placing the iPhone 5S on a flat surface, simply tap on a button: the device will quickly fold up and project an OS X screen from the back, onto a wall, and a full-sized keyboard onto a table. From there, a simple iPhone could be used as a fully functional Mac, without a physical monitor or a keyboard – in fact without any physical hardware at all. Unfortunately, virtual champagne and caviar are not provided, but I’m sure that is being worked on. 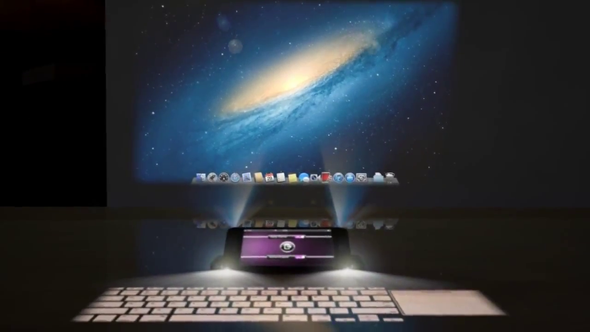 This concept was developed by Frank_Snk, who has authored other interesting concepts in the past, such as a purported “iPhone 5” shaped like an Apple Magic Mouse – with a rounded form factor and slightly curved display. However, this newest concept definitely takes the cake in every way possible.

Check out the concept in all its glory in the video below:

Needless to say, it will take at least 20 years for Apple ever to consider shipping a product like this to market: it is, quite frankly, technologically impossible outside of the world of science fiction. However, many good ideas have come out of concepts in the past, albeit more realistic ones: this artist-made concept of iMessage for Mac, revealed before it finally made its way onto OS X with Mountain Lion, has a scary resemblance to the final product. Other hardware concepts, such as this one touting an iPhone with a transparent LCD screen, will likely take years before ever coming to fruition. 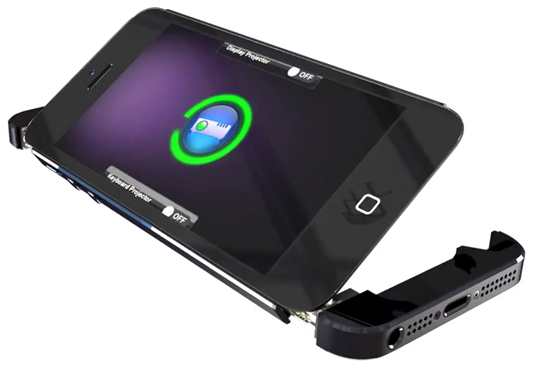 Yet, maybe someday, we will all be able to enjoy small devices that can project larger, virtual ones: think augmented reality without goggles, or a phone camera. Now, that would be an achievement to be proud of.