New Artist-Made iMessage For Mac Concept Makes Us Wish It Was Real! [VIDEO]

Jan-Michael Cart, an Apple enthusiast and talented artist, has released a concept of what iMessage should look like if it were ported to the Mac. While Apple hasn’t announced anything related to an iMessage port for Mac, this video was enough set off quite a bit of speculation. 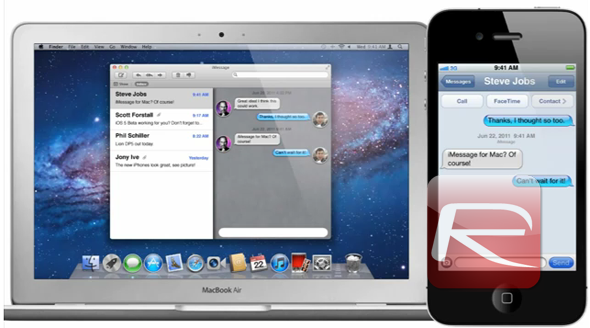 Regular readers of this site are likely to be familiar with Jan-Michael’s work. Prior to the release of iOS 5, he published several concepts showcasing his take on how rumored features should be implemented. His most well-known concepts depicted Widgets, which made it to iOS 5 in some form; and Dynamic Icons, his proposal for solving the iOS notification mess by allowing icons to change once push notifications were received.

iOS 5 being out the gate hasn’t stopped Cart from coming up with amazing new concepts. As mentioned above, this new one shows off a possible new iMessage application for the Mac. If you’re not yet familiar with iMessage, it’s a new feature in iOS 5 that allows iPhone, iPad and iPod touch users to exchange free text, audio and video messages, as long as they’re all using the platform. There’s speculation, however, that Apple might be planning to bring the program to Mac OS X Lion, much like FaceTime, a video chatting program that was initially restricted to the iPhone but was then ported to other Apple-owned systems, including Mac OS X by Apple itself.

Jan-Michael has essentially the Lion Mail application and designed an iChat-like interface on top of it, which means the gorgeous iChat aqua "balloons" are at their best here. At the same time, this iMessage concept preserves a Mail-like message organization, allowing users to sort between different conversations much like they would sort through e-mail. Without further ado, here’s the concept:

Apple already builds a messaging client into Mac OS X, known as iChat, which supports services such as AIM and Jabber. Development for this application has stalled over the last few years, which has led many to wonder about iChat’s fate. If iMessage  proves to be successful, could it replace iChat entirely?

There are indications that might happen. According to a Spanish site, the built-in Mail App in Lion automatically disables Growl, a third-party notification service for Mac, deeming it incompatible with a currently unknown feature known as "Message 5.0": 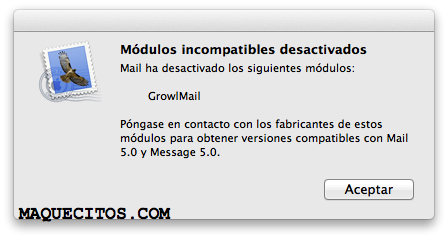 Of course, the video demoed here is just a concept and hasn’t been endorsed by Apple in any way (despite looking amazing). iMessage could indeed remain iOS-only, although I highly doubt it.