What do you do when you’re trying to sell your network to geeks? For a T-Mobile spokesman, it involved pointing out that the carrier is currently home to over 1 million unlocked iPhones, even though those devices aren’t officially supported by the carrier. 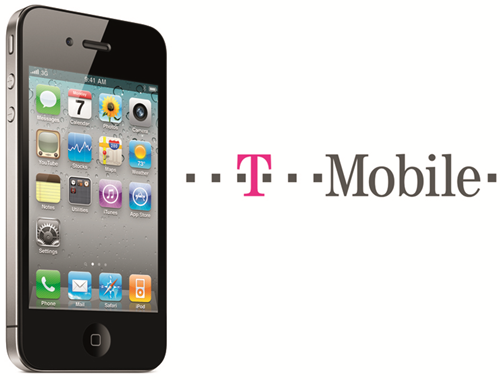 Support for T-Mobile isn’t made available by Apple either, which has stuck with AT&T, and more recently Verizon, as its two exclusive carriers in the United States. Instead, it seems that many users have either used unlocking solutions or purchased an unlocked device directly from Apple, then cut their T-Mobile provided SIM cards in order to fit the iPhone’s Micro-SIM slot.

Starting earlier this month, Apple started shipping unlocked iPhone 4’s at its stores, as well as on its web site. For a steep price however: $649 for the 16-gigabyte version and $749 for the 32-gigabyte version. This happens because when phones are locked into carriers, those carriers expect customers to stick around for quite a while, and therefore allow the phone to be sold to a lower price, in exchange for a longer-term contract. Unlocked phones come with no contract at all, forcing Apple to force customers a higher price.

More interesting, however, is the fact that most iPhones currently running on T-Mobile are older-generation devices, such as the iPhone 3G and 3GS. This suggests that unlocked iPhones running on T-Mobile aren’t part of a new trend initiated by Apple’s recent decision to sell unlocked phones. Since iPhones have used GSM since its inception, T-Mobile has always sounded like a the first logical options for those who, for whatever reason, don’t want to use AT&T. Of course, nothing’s perfect: since AT&T and T-Mobile use different network frequencies, iPhones aren’t able to use 3G on T-Mobile. Yet, many have taken the plunge and used unofficial tools to unlock their phones (if you’d like to find out how to unlock your iPhone using Ultrasn0w (old baseband only), check out our write-up)

Since the beginning of the year, a CDMA-capable version of the iPhone has been available, which runs on Verizon. For many users, this became enough of a reason not to unlock their phones and get a Verizon iPhone instead. [via 9to5Mac]