People have been claiming for a while that Apple’s latest flagship, the iPhone 5s, suffers from battery issues, which is not really just limited to fast battery drains. Thanks to the Internet, all sorts of reports keep piling up, and whether you believe them or not is entirely your call, but apparently, an iPhone 5s owner had the misfortune of having his iPhone 5s’ battery inflate, expand and burst into flames spontaneously, filling his entire home with smoke!  Now that’s tragic!

The story, which was reported by 9to5Mac as coming from a reader, allegedly claims that neither the device in question was charging at the moment, nor had any unofficial/unauthorized accessories been ever connected. Yet, the device’s batter started inflating on its own, so much so that it pushed through the top part of the phone whereby enabling the owner to pull off the display and disassemble the phone, all in vain, as the iPhone still caught fire and combusted into flames, leaving behind the burnt remains of an otherwise eloquent piece of technology. 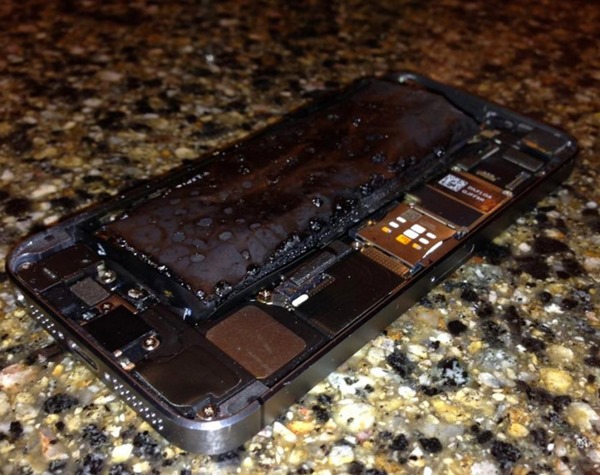 The pictures associated with the tragic incident paint quite a graphic image, with one of them even showing the device on fire!

While Apple’s iPhone 5s has had serious battery issues (I’m personally a victim), this entire claim might be going a little too far from reality. The phone owner’s account of what actually transpired leaves a lot of gaping holes in the whole story, and prompts responses that we abundantly see in the source comments putting the entire account as complete rubbish. 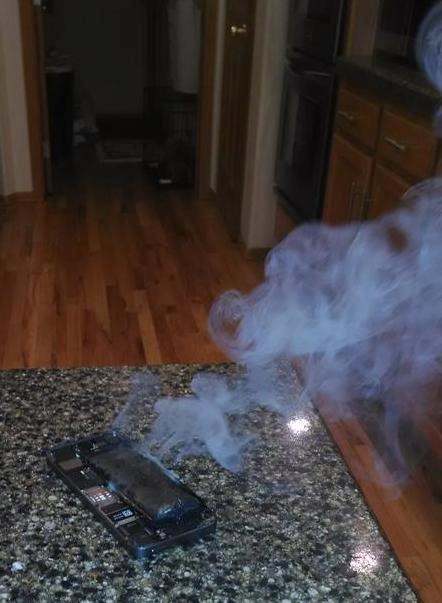 In all fairness, the way an iPhone is built from a technical point of view, especially the iPhone 5s, it seems farfetched that this incident happened to a device that was just lying around (or in use) without any tampering. Even the images provided by the phone owner suggest that the device was undergoing some unauthorized tampering when the incident happened. In fact, looking at the images, we cannot even decipher with certainty if the attempt was even deliberate, since it’s quite plausible from the looks of things. 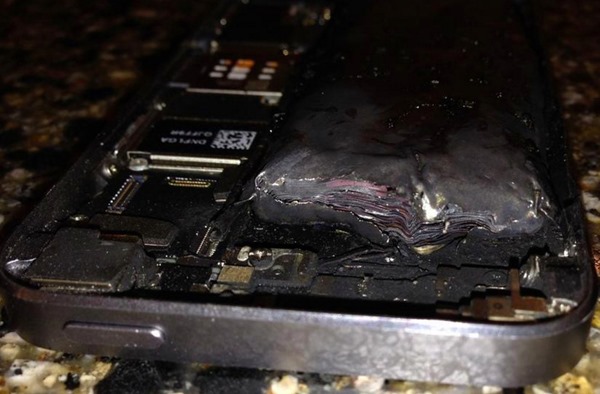 You might want to go through the source comments, as they have some interesting insight to offer.

Irrespective of whether the accident was real or not, it’s true that the iPhone 5s suffers from battery problems, and maybe more than Apple is willing to admit. My personal device has heated up unnaturally from time to time without explanation, but that has been pretty much the extent of it. I also believe that 99.9% of the Internet will agree with me – heated up phones is something we all have experience and can believe, but catching fire? Not so much.