This iOS App Gives Answers To Your Handwritten Math Problems

The vast majority of us have, often begrudgingly, learned to deal with the touch-based keyboard, but with commodities such as the stylus very much alive and kicking thanks to the S Pen and others, there’s still plenty of hope left yet for those of us less inclined to change. While Samsung markets its S Pen as a tool for the creative, it also lauds its note-taking abilities, no less with the oversized ‘phablet’ known as the Galaxy Note. Its extensive fan base shows that there certainly is a market for making digital annotations, and as such, one iOS developer has come through with a different approach, offering an app which solves calculations you’ve written with your hand.

Using the tip of your finger (or a stylus, which you may find on eBay), you simply draw out a mathematical calculation, and MyScript Calculator will work its magic, deriving an answer providing your scribbles are somewhat readable. 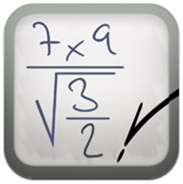 This app is similar to Siri in that, most will want to try it out before drawing a determinate conclusion on its accuracy. Having given it a brief run-out, I have to say I’m pleasantly surprised by how well it performs, and it would seem the ideal way to check your calculations. While it’s not Wolfram Alpha, it offers a convenient way for you to type in equations and such, and with Apple having secured a stylus patent of its own recently, apps such as MyScript Calculator could see a spike in popularity over the coming years. 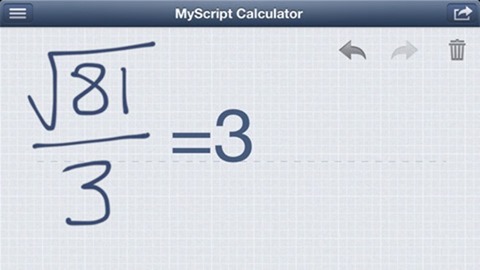 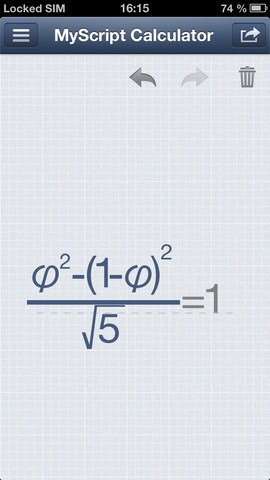 The app requires iOS 6 and above, so if you’re still running an older version, you will need to update before you can download. If you’re at school, or learning math, this is the ideal companion app, and although I don’t personally fall within those categories, I won’t be deleting MyScript in a hurry. 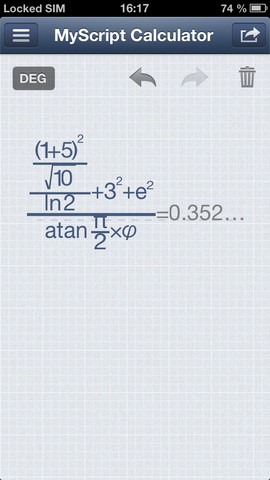