Redmond-based Microsoft is today launching its Office 2013 and new Office 365 subscriptions, bringing an end to the speculation of exactly when the new Office was going to land. Having taken to Twitter yesterday to tease an event in Bryant Park, NYC occurring today, a banner plastered across the Office website, which read: “Coming January 29th. More time to do the things you want,” left us in no doubt. The big launch is a significant date in the Windows maker’s calendar, especially with the Surface Pro just around the corner, it also spells the beginning of the end of the preview grace period, which will expire 60 days from now.

So, while the clock begins to tick on those free previews copies released last year, Office 2013 and Office 365 will now begin to take their first legitimate steps into the market. More than likely, as the case tends to be, users of the preview will simply ignore and put-off upgrading until the reminder messages begin to pop up. As somebody who has been in that predicament before, there’s only so much spam one can take, and once the messages become more incessant around March, we’ll be able to properly analyze how many users have adopted Office 2013 and Office 365. Office 2013 hit RTM back in October of last year, and was finally available for MSDN and TechNet subscribers later the same month.

Once the sixty or so days have passed, the Preview version will revert to read-only, and those reliant on Microsoft’s productivity suite will have to stump up the cash in order to continue using fully. The Home & Student version, which provides the bare basics, will set you back $139.99, with an additional $100 annual fee slapped on for those requiring Office 365 Home Premium. Anybody purchasing Office 2010 (which costs less than its newer counterpart), will be treated to a free upgrade of Office 2013 or Office 365, provided the purchase is made prior to or on April 30th.

Meanwhile, those on Office for Mac 2011 should see an update today, which will render it compatible with these new subscription services.

Microsoft makes a large chunk of its revenue from sales of Office, and as with the big Windows 8 push towards the close of last year (one which has just begun to bear fruit), the software maker will be hoping to secure a healthy early user base. 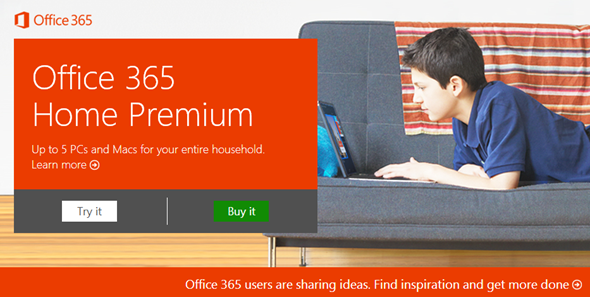 Point your browser to Office.com for more details.