If you cast your minds back a couple of weeks, you may remember my tentative pledge to take on the challenge of using a Windows Phone 8 device for an entire two weeks, in place of my beloved iPhone. This, on its own, is not much to shout about, but considering I had never previously acquainted myself with Windows Phone in any way, shape or form, I suspected my fortnight with the Nokia Lumia 820 would be one of trials and tribulations.

It all began on the 8th of January. I took the SIM out of my iPhone, and cut it completely out of my life. The first few hours were tough, to say the least, but, sensing it was merely the fear of the unknown, dived in head first.

In this case, Nokia was kind enough to provide us with a Lumia 820, and although it doesn’t offer as sharp a display, slick a form factor, or precise a snapper as the Lumia 920, it offers a fairly good representation as to the current state of play in the Windows Phone market.

Needless to say, it’s a capable handset, but it’s relentlessly mid-range. Almost as though it was meant to be high-end, but Nokia purposely crippled it in order to sway the market towards the flagship device. It makes perfect sense from the company’s point of view, but means the 820 is so very nearly a great device. 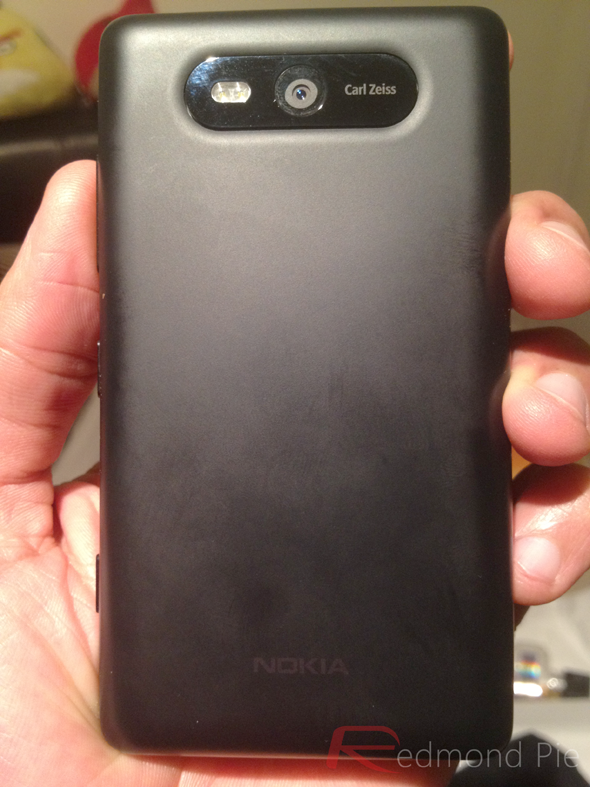 The cheap, plastic back cover, which pops off to reveal the microSD, SIM and battery housing, doesn’t feel nice to hold, but that’s not the main quibble. Much has been made of both Lumias’ abilities to operate through gloves, but if you’re wearing normal, wool gloves, holding the device is almost impossible. In short, it’s slippery, but since the back cover is removable, I presume it isn’t too difficult to pick up an alternative – preferably one with more friction than a bar of soap. 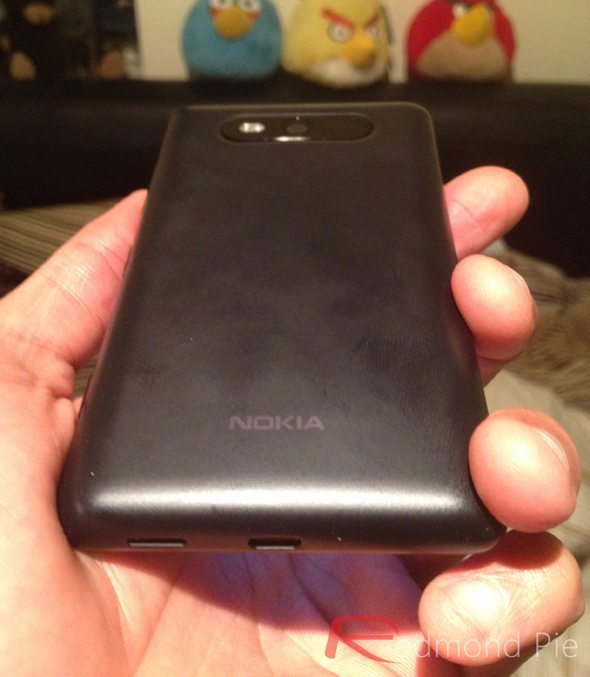 Aside from the cheap build, I have been very pleased with the Lumia 820. The display isn’t the best, nor is the camera, but if you’re not much of a photography enthusiast, this device will serve you just fine.

There’s no doubting Windows Phone 8 is pretty to look at, but what’s really compelling, is that it actually works. The resizable, Live Tiles adapt to your preferences, and having become accustomed to the uniform arrangements of iOS and Android (save the occasional widget), the versatile, aesthetically-pleasing look of WP8 served as a refreshing change. 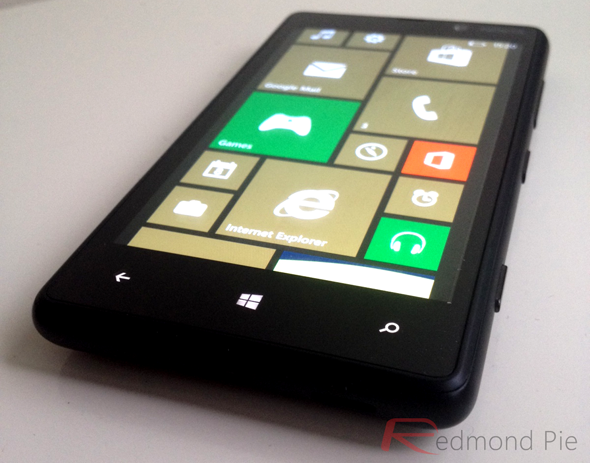 There’s a slick finesse about the way Windows Phone 8 jumps in and out of apps, which makes it feel like a premium service. It airs off a sense of enthusiasm, and with Live Tiles constantly keeping you in the loop, it never seems to be taking a break, or sitting idly. 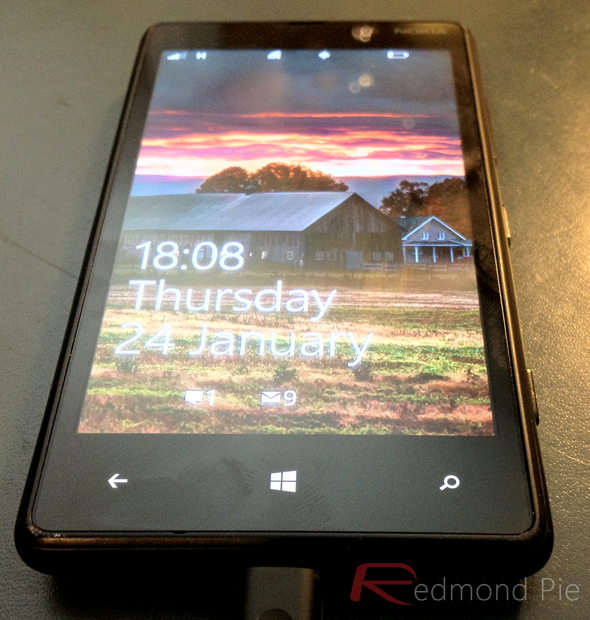 While Android and iOS are seen by many as fairly similar in terms of looks, Windows Phone 8 is vastly different to both. At first, I thought WP8 would be impossible to adapt to, but it’s not overly complicated at all. In fact, within half an hour, most of the functions felt like second nature, and all those reservations I’d previously had about leaving my iPhone were gone.

A few of you tweeted some general recommendations of apps, tips, and I have to say, you guys really helped me out. The first thing you notice when you make the leap from a platform like iOS or Android, is that Windows Phone is still rather bereft when it comes to app count. But whereas Oliver had a bit of a struggle finding anything noteworthy for his Lumia 800 last year, I found, with a little digging, there are plenty of gems out there. 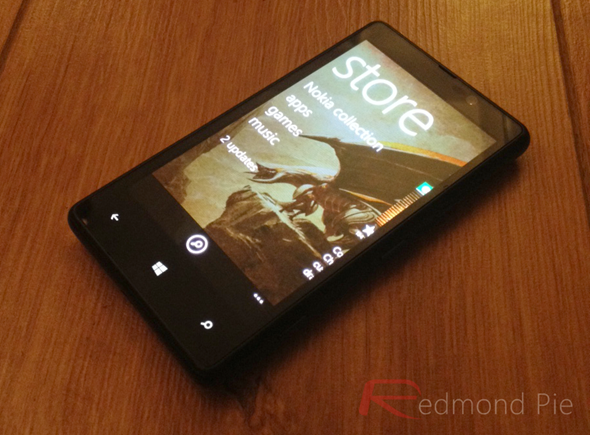 Twitter is a service that depends on well-developed apps, and having used a bunch for iOS and Android, Windows Phone’s collection is certainly on par. There aren’t as many, but the few that do exist are invariably of the highest quality, and the one I ended up falling in love with was mehdoh. Pronounced “meadow”, and costing $0.99, it does everything you could want and more, allowing effortless sliding between mentions, timeline and messages. 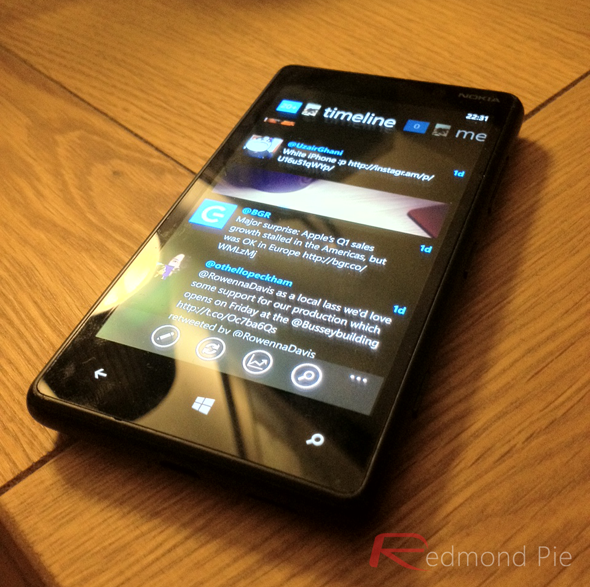 In terms of games and general productivity apps, I ran into many, but the shortcomings of WP8’s apps are still, unfortunately, evident in places. For example, like an increasing number of people, I use my smartphone for banking. I can move money between accounts in seconds, which is great not only for management of funds, but means I can quickly empty my account if I lose my bank card. The Windows Phone Store has no banking apps whatsoever, at least there is none for my bank in UK, and while Microsoft continues its quest to beef up the numbers of apps, the company really needs to concentrate on plugging these basic holes, which can and will turn out to be deal-breakers to many. Yes I Know there’s a native Wallet Hub in Windows Phone 8 for purchasing store gift cards, managing coupons, credit cards, making transactions using NFC and more, but it isn’t exactly what I’m looking for. 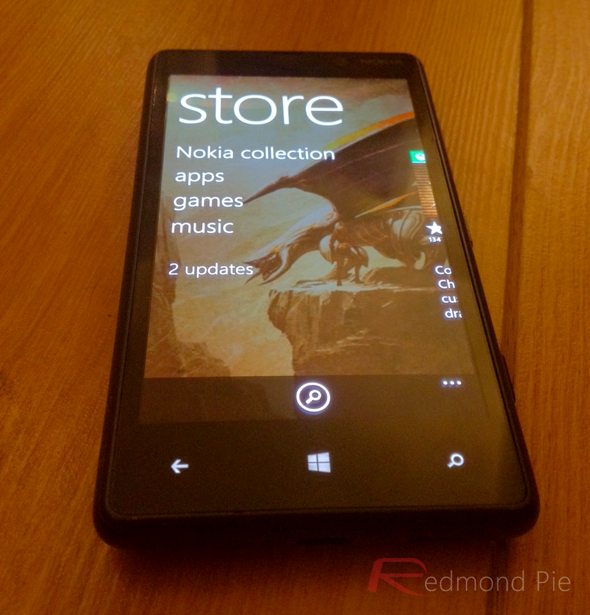 So, on the whole, the WP Store has certainly improved dramatically, and if I didn’t do my banking on the move, I might even have said something crazy, like “Windows Phone is a viable alternative to iOS / Android”. While I cannot do that, and while you will almost certainly have to make one or two sacrifices in order to adopt the enticing Windows Phone platform, you should no longer approach the topic with the kind of fear I initially did.

Browsing the Web on the mobile version of IE was a pleasure. The gulf between browsing on a larger device versus the iPhone should not be understated, and although the iPhone 5 offers a longer display over previous iterations of the iconic Apple smartphone, it is still, in my opinion, no match for the larger handsets on the market. 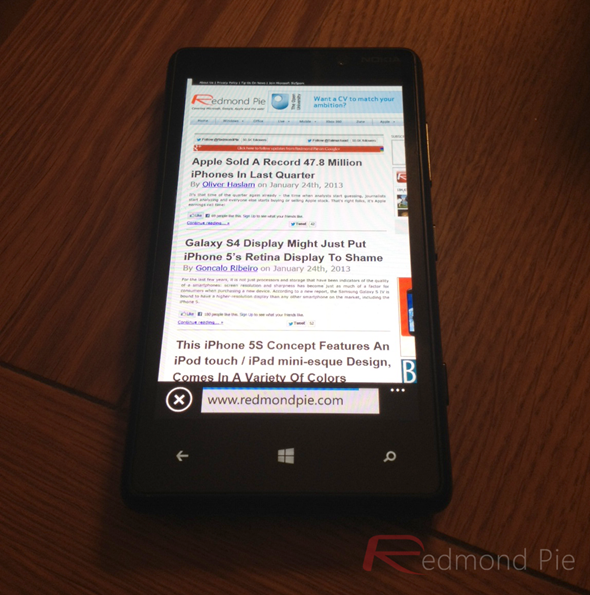 The quality of the display meant more zooming was necessary than I would have liked, but on the whole, I felt more compelled to browse the Web on the Lumia 920 than I ever have on an iPhone.

To my surprise, I really didn’t miss my iPhone a great deal. Sure, this was helped dramatically by the fact I could still use iMessage on my MacBook – and I have to admit to missing a couple of my favorite games – but all in all, it was no real hardship.

The Lumia 820 was a pleasure to use – aside from the aforementioned niggles – so if you’re considering a Windows Phone 8 device, I certainly recommend you pick one of these up. If you want something high-end, then obviously opt for the 920, but if your budget doesn’t agree with your techie desires, this is a worthy alternative.

I cannot veil the fact that Windows Phone 8 will likely throw you an obstacle or two in the apps department, but the platform is stable, the devices are appealing, and I am rather excited about the possibility of Microsoft breaking the current two-horse race.

As for me, I’m strongly considering taking the plunge and grabbing a Lumia 920. I could go for more of this!

RP Rating: 7.5/10 (Loses for points for display, back cover texture, lack of apps, and general mediocrity in build quality.)