The introduction of social sharing back in the iOS 6 days was a pretty genius move by Apple, managing to pave the way for a whole new breed of socially integrated third-party apps, which still continue to make their way onto the App Store today. One developer, Akhil Tolani, has introduced his vision for the social side of apps by introducing Quick Compose, a socially aware, self-contained widget built for Notification Center.

Quick Compose is one of those Notification Center widgets that has been perfectly designed and executed to make life easier for the end-user. After all, that’s really what widgets are all about; offering useful functionality in a self-contained manner that doesn’t intrude on the current task at hand. Downloading, installing and adding the widget to Notification Center adds “Tap to Tweet” and “Tap to Post” buttons within NC, akin to Apple’s own iOS 6 sharing widget that offered similar functionality, albeit natively. What’s beautiful about Quick Compose is that it doesn’t actually require the user to leave Notification Center. Ever. 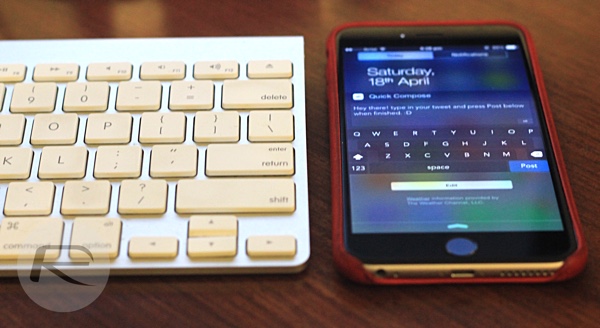 Tapping on either the Twitter or Facebook buttons will animate in a custom keyboard and text area that allows the user to compose a status update inline without ever leaving the currently running app. Of course, it also allows social updates to be processed from the iOS device’s lock screen. Truly a modern world we live in. 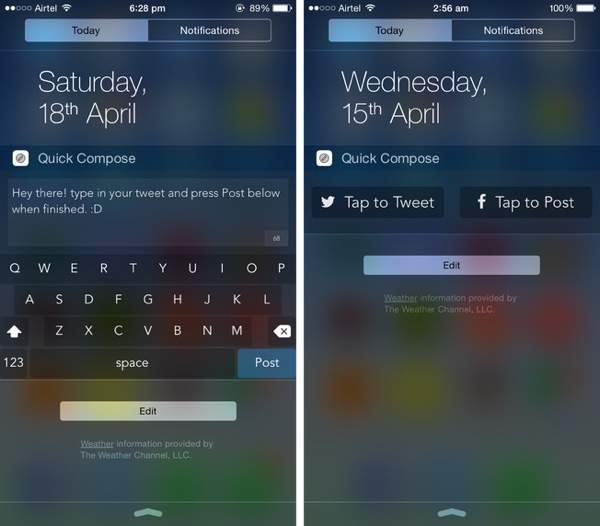 We’ve seen similar apps offered on the App Store, such as the TapToShare offering that we covered last year, but Quick Compose differs in one vital area in the fact that everything is handled directly within Notification Center with no need to invoke the third-party or leave the currently running app. This is truly the embracement of what a widget should actually be. 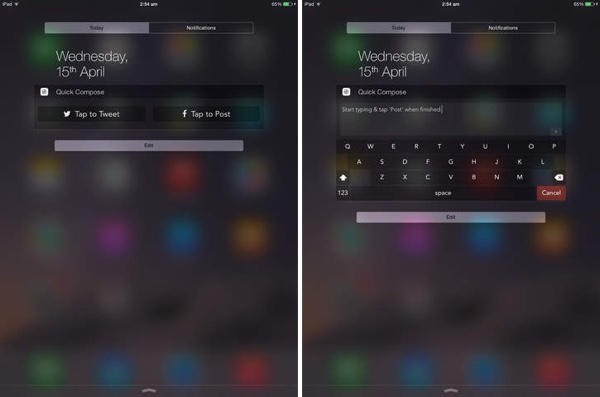 The app is currently sitting primed and ready on the iOS App Store at a cost of $0.99, which is a negligible amount to part with for the ability to seamlessly post all of the things.

(Download: Quick Compose for iOS on the App Store).