One of the great things about always carrying a smartphone like the iPhone around in our pockets is the ability to almost instantly capture the beauty of any situation or environment. Apple has done a great job of providing us with instant access to the Camera app on the iPhone and iPod touch, meaning that those precious moments that may have been missed at one point can now be captured in a still photograph or full, high-definition video. But, what happens when a photograph just doesn’t cut it and a 1080p video is overkill? The makers of the Bubbli app for iPhone and iPod touch believe their software is the perfect answer and is “the next best thing to being there”. And furthermore, it brings the famed Android Photosphere feature to Apple’s famed smartphone.

Bubbli is essentially a socially connected mobile app that affords users the ability to capture “bubbles” using the built-in camera on their iOS device. In this instance, a bubble isn’t a floating sphere of air made from soapy water, but rather a 360-degree photograph that not only perfectly captures the scene or environment but also has the option of including sound. If you’ve ever used Android Jelly Bean, then you’re likely aware of Photosphere, this app offers the same thing except with the added benefit of sound thrown into the mix. One of the big appealing aspects of the Bubbli app is the fact that it is extremely easy to get up and running with and only requires the user to interact with it in ways that they are already familiar with. 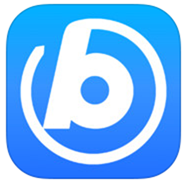 Users of the Bubbli app are required to capture their desired scene by taking an initial photograph and then using simple wrist movements to paint the rest of the environment from every angle. This may seem like a rather daunting task but the built-in tutorial and fantastic 3D in-app view finder abstracts most of the difficulty away. An overlaid percentage indicator is part of the standard user-interface when capturing a bubble, as is the ability to decide whether or not to capture any external sound that is happening as part of the captured scene. 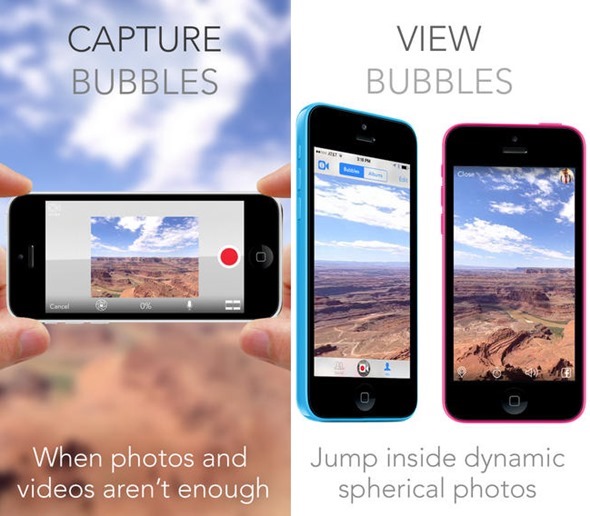 When viewing the captured image back, the device makes perfect use of the hardware accelerometer and gyroscope that are part of the iPhone make-up. Users then have the option of connecting to a variety of social networks to which they can share their 360-degree creation with the world. Photographs and videos definitely have their place, but the Bubbli tagline certainly seems to ring true; it definitely is the next best thing to being there. 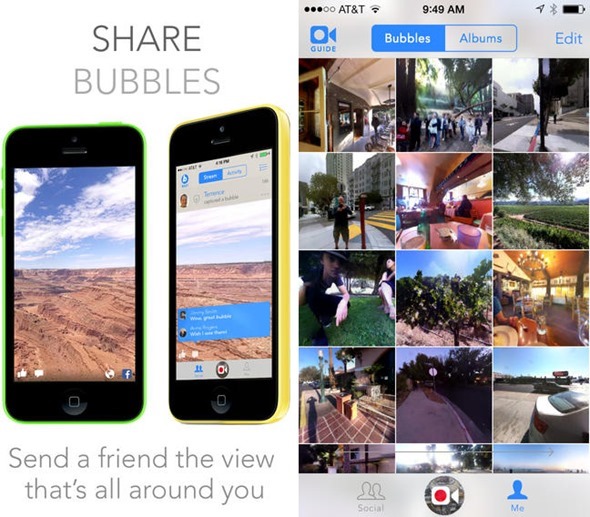 So, what are you waiting for, if you want one of Android marquee feature on your iPhone right away, then hit the download link below and get up and running.