If you are an Internet user and do not spend the rest of your life under a rock, you’re bound to be using a social network. Maybe there are exceptions to this rule (aren’t there always?), but the fact holds true that a vast majority of Internet users utilize some social networking service one way or the other. The most popular service these days might be Facebook, but at the same time, Twitter is a lot of people’s first choice to follow certain news bits, celebrities and whatnot. Then, Facebook’s acquisition of Instagram has also pushed the mobile-only photo-sharing network to a new height. Finally, Google+ is also a major contender in this arena, specifically for keeping abreast with happenings in the technology world. The icing on the cake is RSS feeds, completing the list of a social aficionado’s daily routine.

The thing with most social networks is that they require you to signup before using. That’s usually a bummer, because a lot of users are only interested in keeping tabs on the public activity of their favorite celebrities, follow news items and public shares on Twitter and the like. For that reason, requiring a signup may not always be the best bet. Enter SNOView, a new app from Mario Ostwald, the same developer who earlier brought us LEDBlinker for Android. The app (short for Social Network OverView) is a third-party client that aggregates public feeds from Twitter, Facebook, Instagram, Google+ and RSS, and allows personal following as well. 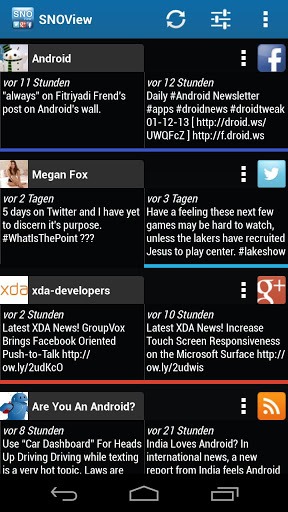 SNOView aggregates feeds from several sources in one neat interface, allowing you to follow public posts from your favorite users without actually signing up with the network in question. Want to include your personal feeds as well? There’s the option to connect your social services with your personal accounts too. On top of that, you may follow certain RSS feeds to keep up to date with what’s happening over at your favorite outlets. 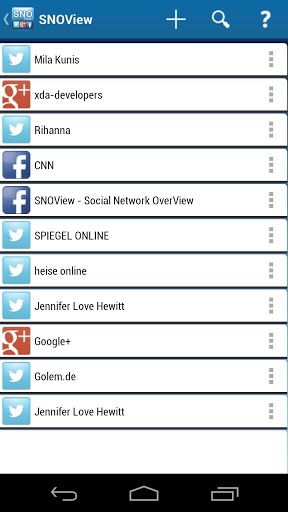 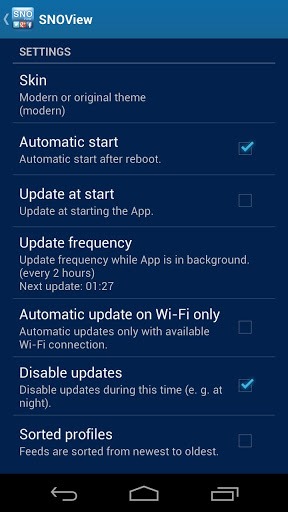 SNOView is available in both free and paid variants, with the full version having the added advantage of no limit over number of feeds to follow, removal of ads, sorting, different post settings and new features in the future. It works on any device with Android 2.1 or above.