The New Galaxy A8 Is Samsung’s Thinnest Smartphone To Date

Samsung may still be one of the largest smartphone vendors out there at the moment but the company undeniably has a lot of improvement to make after suffering its seventh consecutive early loss in profits. After pinning its hopes on the Galaxy S6, Samsung is now hoping that the soon-to-be-released Galaxy Note 5 will make a worldwide impact on its profits. In addition to that, the company has also taken the opportunity to introduce the extremely stylish and new Galaxy A8 smartphone in China today.

The Galaxy A8 is clearly a device that will be able to hold its own amongst the mid to high range players in the smartphone industry. With that said, the first thing that grabs your attention about this latest Samsung introduction is its aesthetics and stylish exterior. The Galaxy A8 is also the thinnest smartphone that Samsung has ever released, measuring in at just 5.9mm in thickness. That’s right, just 5.9mm. By comparison, the previous-generation Galaxy A7 was 6.3mm thick.

Style and aesthetics aside, the Galaxy A8 chimes in with some fairly acceptable mid-range technical specs. Its gorgeous visuals ship alongside a 5.7-inch 1080p full HD display with a 16-megapixel rear camera offering to capture those stunning images. Samsung is powering the device with a Snapdragon 615 SoC accompanied by 2GB of onboard RAM. Connectivity options on the Galaxy A8 include Bluetooth version 4.1, NFC, WiFi and 4G LTE. 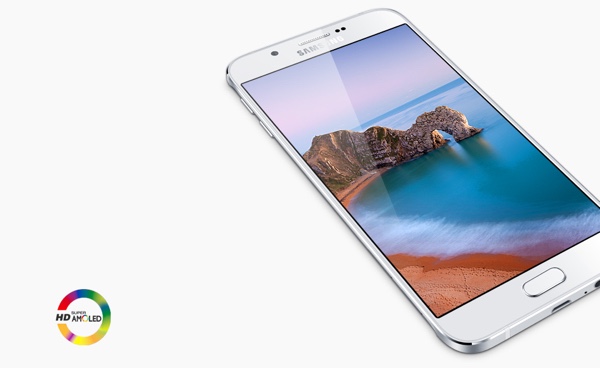 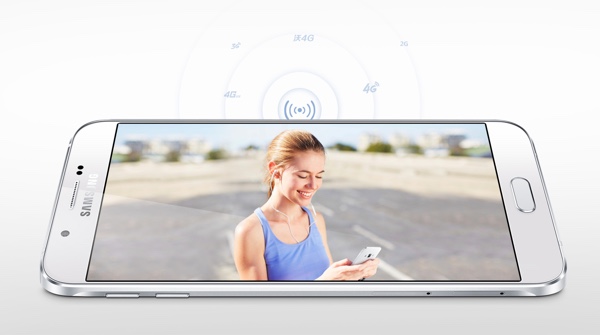 In addition to those connectivity options and decent camera modules, The Galaxy A8 also comes equipped with a fingerprint sensor. Biometric recognition can be used for account verification, unlocking and accessing the device and making mobile payments with ease. There’s no news on a United States or European launch of the A8 but the smartphone will be available to the Asian market for approximately $560. 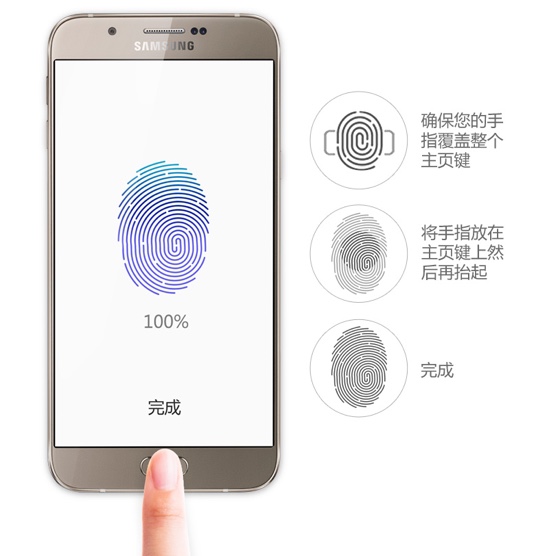 The price is of course at the top end of what consumers would expect to pay for a device that comes equipped with these specifications. With that said, it’s clearly evident that Samsung is now starting to pay additional attention to the look and feel of its devices rather than just the internal power. It’ll be extremely interesting to see if the launch of the Galaxy Note 5 follows the same design trends by shaving off some of the fat and hitting the market as a streamlined version of its former self.