Yesterday, we reported on Fei Lam, the teenager who got sued by Apple for owning a website that sold white iPhone 4 parts. In light of the lawsuit, Fast Company was able to interview him via, weirdly enough, instant messaging. While he was shy the whole time, and refused to comment on many aspects of his lawsuit and his net worth, I think the interview did show what it must be like to be in the guy’s shoes. 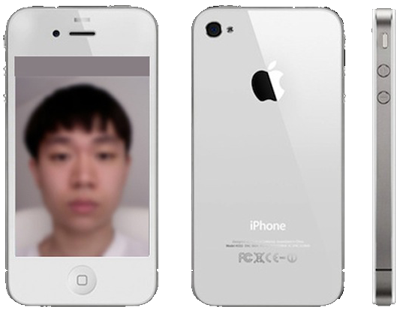 Picture yourself in this position: you’re 17 and have just stolen something worth millions of dollars from a powerful multinational without your parents knowing about it. Next thing you know, you’re on the top 10 most wanted list.

That’s exactly how Fei Lam felt, maybe except for that last part. Even though he had already shut down the site months before, he only heard about the lawsuit "on the news", at least according to him. He was incredibly secretive about the suit, declining to comment on its details, or on how much money he made, but he was highly dismissive of the $130,000 figure many have speculated about.

The interview also reveals that Lam wasn’t completely on top of how the parts were obtained. Allegedly, they were "repair parts", but he claims he doesn’t have any knowledge on why exactly the parts were made, and for what purpose:

I also don’t know why the white parts were made. Maybe they were to be thrown out or something. Not sure. It’s all very weird.

The boy also went slightly personal and commented on how his parents weren’t happy about what he did (and honestly, who would?) but are helping him handle the case. As for his school life, he had this to say:

A few [students] saw the news, but besides that, no one really knows and it’s better that way.

The highlight of the interview was the fact that the teen will get to meet Apple’s law firm within the month, without a lawyer, since he ran out of money. This is going to be a multi-million-company that can throw as much money as they can, versus… a 17-year-old kid.

Thankfully, as we reported yesterday, Apple has filed a lawsuit dismissal along with the suit, allowing it to be essentially dropped if the boy is willing to comply with any demands the Cupertino company wishes to make, and knowing a 17-year-old in fear, I bet he will.

Despite all that, this is not game over for Lim: he has already announced his next venture, similarinterests.org, a social network that will allow its members to instantly find like-minded people. Although I doubt it will have as much traction as his previous endeavor, it will almost definitely keep him out of trouble.

The full interview can be read here.