The iPhone 6 May Not Be Waterproof, But It Can Survive A Dunking Anyway [Video]

Up until a couple of years ago, the idea of having a smartphone that was waterproof was just a pipe dream, but now both Sony and Samsung have been at the forefront of offering devices that not just take to water in a somewhat duck-like fashion, but are also equally happy to waddle around in dust, too. Water and dust resistance is a feature that many had hoped would come to the new iPhones when Apple announced them a couple of weeks ago, but it wasn’t to be.

Intriguingly though, when iFixit took the two devices apart they noticed rubber gaskets surrounding some key parts within Apple’s two flagship smartphones. It was believed that this was an attempt of simply prolonging the life of two of the more expensive smartphones on the market. Now, following some rather brave testing by warranty firm SquareTrade, it appears that Apple may have done a better job than we thought. 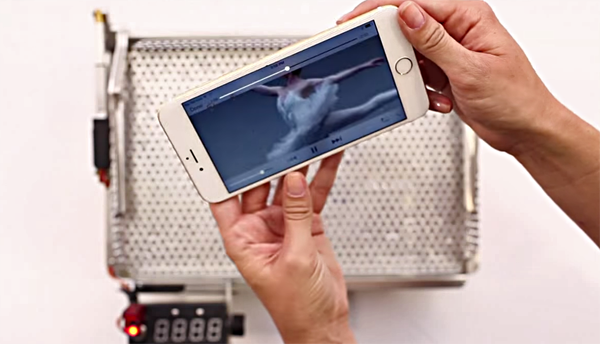 Keen to see just how well the iPhone 6 and iPhone 6 Plus would fare when submerged in water, SquareTrade did what none of us were brave enough to do by dunking one of each phone in a tub of water for a whole ten seconds. While long, ten seconds is still longer than we would expect a fumbled iPhone to sit in water before being scooped out to safety, so this is still a valid test in our eyes.

The results speak for themselves. Despite a little audio hiccup, the two phones carried on working without any fuss. We’re obviously just going to have to hope that neither phone develops a fault in the coming days though, because as we all know, water can do some strange things to electronics.

Apple itself obviously isn’t sure enough about the two new iPhones’ ability to withstand a battering from water else it would have labeled it waterproof like other manufacturers are so keen to do. Still, every little helps, and we’re happy in the knowledge that short of taking a swim, our new smartphones may survive a fall into the bath after all.

We won’t be testing it to find out, though!