The HP MB Chronowing Smartwatch Is Traditional In Almost Every Sense, Works With iPhone, Android

Smartwatches, while not ubiquitous among consumers just yet, are certainly growing in popularity, and as the likes of the Pebble and LG G Watch appear every bit the geek accessory, some vendors have sought to offer more traditional features. The Moto 360 is perhaps the most obvious example, particularly with the recent gold edition leak, but if you’re looking for something even more in line with your everyday wristwatch, then the MB Chronowing might just take your fancy.

The spawn of a collaborative effort between HP and fashion guru Michael Bastian, the watch bears almost no resemblance to the current fleet of smartwatches, and on first glance, looks just like any watch you might find at a jewelers. But the MB Chronowing, which is available from online retailer Gilt, is loaded with notifications, a voice command feature, and other perks that you simply wouldn’t get from a normal setup. 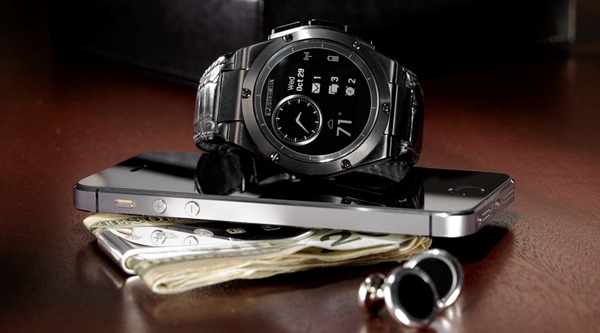 The fact that you get a smartwatch so in-keeping with decades-old design values does have its trade-offs in terms of functionality, though. You don’t get the vast array of apps offered on the likes of the Moto 360 and Android Wear, or the as-yet unreleased Apple Watch, but if you’re strongly considering the acquisition of the MB Chronowing, there’s a pretty good chance that you won’t care one jot.

For $349 – notably the same price as the entry-level Apple Watch – you can pick up the MB Chronowing with a leather, rubber, or nylon strap. There’s also a premium variant, which includes sapphire crystal display and a crocodile strap, but as appealing as this sounds, will set you back a cool $649. 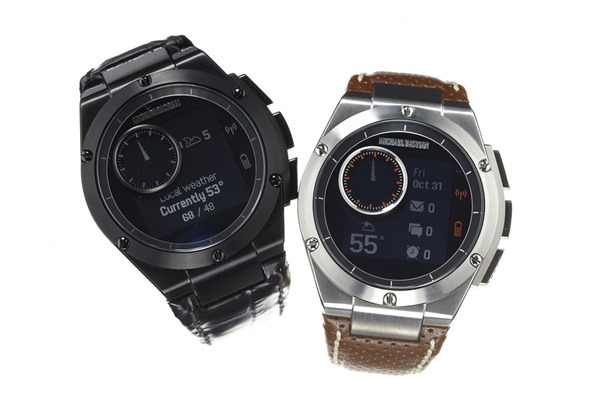 So, this touch-screen-less marvel mightn’t abide by the current market trends, but given that smartwatches are still very much emerging, there’s plenty of scope for manufacturers to have a poke around and try a few different strategies out. 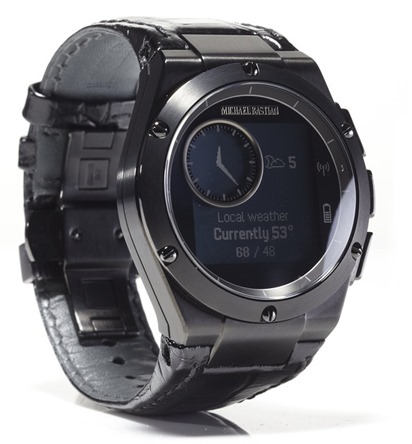 The fact that this leans towards being a watch over being a smartwatch might not work in its favor, particularly given that the likes of Motorola are already doing a pretty good job of imitating the aesthetics of traditional devices. With that said, if you don’t buy into the idea of smartwatches per se but would like a device that can shoot you a few notifications now and again, perhaps the MB Chronowing is the one for you.

And in case you’re wondering, the smartwatch works with both iPhone and Android.