I think it’s a rare occurrence to find someone who doesn’t agree that Apple’s iPhone offers a superb amount of functionality for what is essentially a phone. When you put the stock features and software together with the fact that there are over six hundred thousand additional apps in the official iOS App Store, it makes up for an extremely functional and powerful mobile experience. Part of the iOS experience is the ability to play some great games on the device, but that experience might be about to get better with the BladePad Kickstarter project. 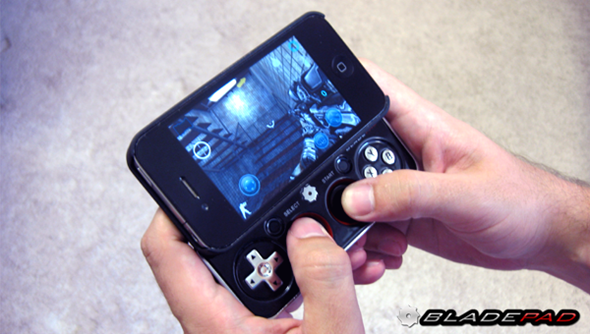 The BladePad is a physical device that comes connected to an iPhone case allowing the user to seamlessly slip the phone into. The actual device itself has the built-in ability to enhance the iOS experience by connecting it via Bluetooth and offering an engaging gaming experience with the inclusion of two joysticks, double bumpers and aforementioned protective case that can be detached from the pad itself. When the iPhone is slipped into the protective external case, the GamePad easily slides out from underneath it to function as an handheld portable gaming console. 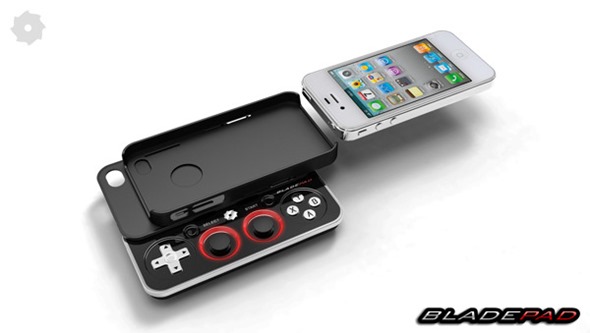 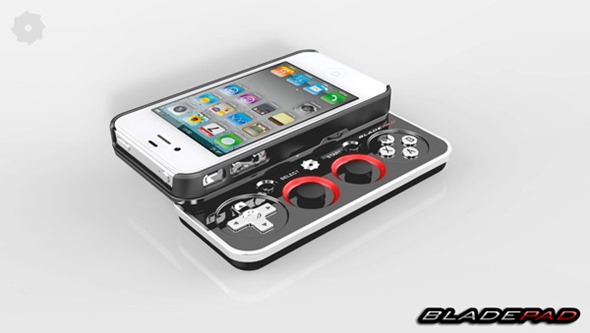 Mobile smartphones are fast gaining a reputation for being extremely functional and powerful gaming devices, more than capable of competing with gadgets like the Vita that is actually built solely for gaming. Supporting the BladePad Kickstarter project is an extremely cheap way to maximize the gaming potential of the iPhone. Included features include two analog sticks for control of the in-game character or object as well as a full console controller button layout, consisting of a four-way D-pad, ABX and Y buttons, Start, Select and the expected L1, L2, R1 and R2 options. The beautiful thing about the sleek product is that the buttons also come with backlighting features.

The connection between the iPhone and the GamePad is made via the included Bluetooth radio that utilizes Bluetooth 4.0 for an extra low power energy connection. The product seems likes an extremely accomplished invention and will definitely prove popular with iPhone owners who love nothing more than engrossing themselves in on-device gaming. The development team have set their Kickstarter target to $55,000, $1,240 of which has been achieved, with twenty four days left to go. If this sounds like the type of invention that is right up you street then make sure to check it out.