It doesn’t matter which mobile device you own or use, or what mobile operating system it is powered by, the relevant app marketplace for that platform will be packed full of social networking applications. Staying in touch with friends and family via social networking sites such as Facebook, Google+ and Twitter is definitely the new big thing, but sometimes having to sift through all of the available software to find which one is best can be nothing short of a nightmare, dramatically removing the enjoyment of being social.

With the Twitter micro-blogging service being one of the most popular social networks at the moment, developers are obviously keen to attempt to capitalize on this popularity by producing apps for mobile devices. Thankfully, the guys over at OneLouder Apps have decided to approach the situation a little differently by building a Twitter experience that differs from the usual timeline and messaging experience. Slices for Twitter is what they have come up with, and it offers a plethora of features packed into one handy little Android package.

Available as a free of charge download from the Google Play Store, Slices is supported by the odd annoying little advertisements but that doesn’t detract from what is a pretty enjoyable Twitter app. Once you get your head around the concept of the package and what the developers are trying to achieve, it becomes extremely pleasurable to use. Slices allows the user to browse and setup Twitter directories that are defined by category, a feature that allows remarkably quick access to relevant information which may appeal to the user. This is also extremely beneficial for those who may follow a large amount of people and want to make it a lot more manageable by slicing the information up into manageable chunks, defined by type. 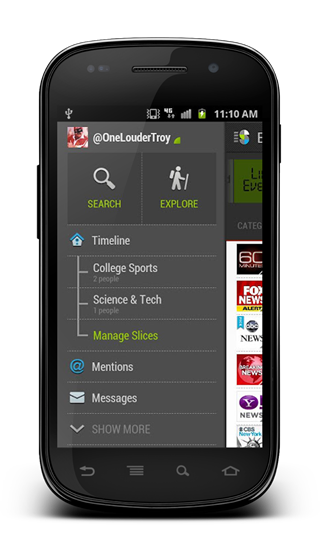 The most elegant and attractive part of the Slices app in my opinion has to be the Explore section which contains a number of categories in a horizontal scroll bar across the top of the display. Selecting a category displays a pretty comprehensive list of Twitter accounts that fall under that heading, bringing relevant accounts to our attention, allowing us to find people which we may want to connect with. The ability to add an unlimited number of Twitter accounts to the Slices app is also a nice little feature and something that often gets overlooked by other Twitter apps. 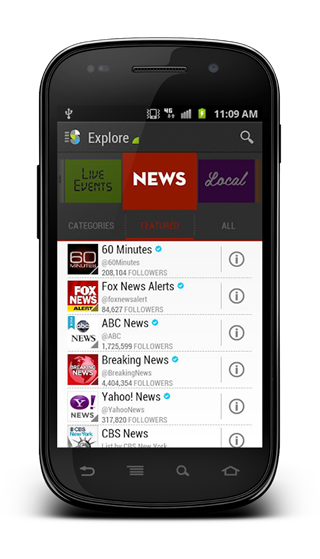 A lot of the expected functionality has also been included, including being able to mute certain followings without actually having to unfollow that person and being able to create intelligent lists which puts the power back into the user’s hands. The usual tweeting and viewing of mentions and messages is also there.  Slices for Twitter offers all of the power of a standard and traditional Twitter app but with so much more. 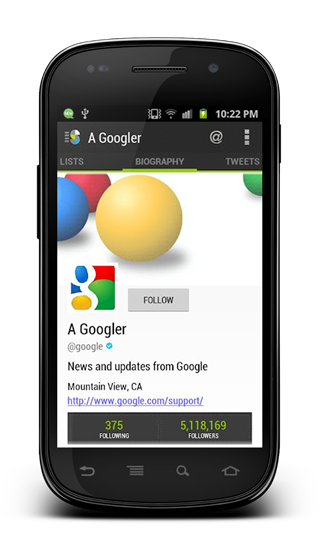