One of the many things you can do with your smartphone – besides using it as a camera, portable gaming console, and, you know, a phone – is use it as a very well-featured, flexible alarm clock. Thanks to the plethora of alarm apps available on both iOS and Android, there has to be at least one that meets your exact requirements. Whether it’s an alarm clock that wakes up you up when you’re in the lightest stage of sleep or an alarm clock that will send out embarrassing tweets until you turn it off, there is something for everyone!

The alarm clock we’re covering today is called Wake N Shake and it is absolutely evil in how it wakes you up. Check it out after the jump. 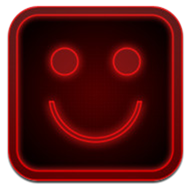 Developed by Andres Canella, Wake N Shake is a “merciless alarm clock” that forces you to snap out of tiredness and grogginess by making you senselessly shake your iOS device for several seconds.

When you launch the app for the first time, you’re asked to fill the “shake meter” to get an idea of how much you will have to shake your iOS device before it shuts off. Setting up a new alarm is very easy and should be familiar to anyone who has used the built-in Clock app on iOS; you can set your alarm to repeat according on certain days, change its tone (it comes with both soothing and pull-out-your-hair-annoying tones), adjust the shake intensity from “hard” to “merciless”, and of course, choose the time you want to wake up at. 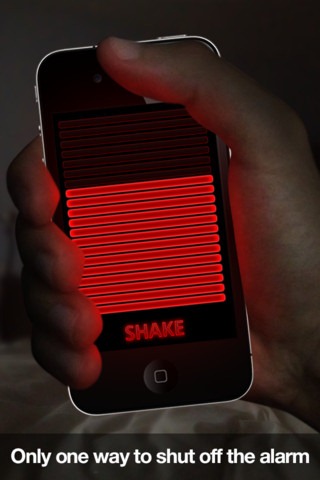 Once the alarm goes off at the set time, you just have to shake it to turn it off as there is no other option. You can’t tap Snooze because there is no such option, you can’t exit and kill the app as it will then start sending you notifications, and you can’t even turn down the volume! 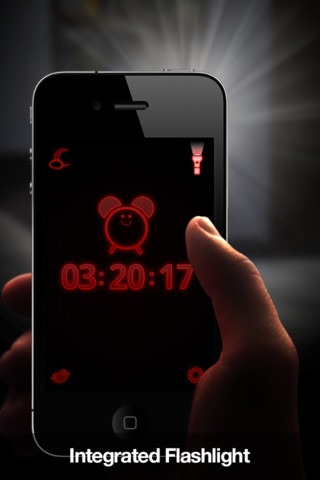 It’s a terrible way of waking up in the morning, so it shouldn’t really replace your current alarm clock app. Use it only for situations like early morning preparation for an important exam, have a job interview etc.

Wake N Shake is available for $0.99. Get it from the App Store from the link embedded below.