The App Which Lets You Send Messages Without An Internet Connection Now Available For Android!

Last week, we caught wind of FireChat, a new app that utilizes mesh networking to enable devices to connect to one another without the need for an Internet connection. Having established quite a strong following, the app has been ported to Android, and is now available to download, for free, over at the Play Store. Further details, as well as the download link, can be found after the jump!

You only have to look back to Facebook’s monumental purchase of WhatsApp to see a recent, high-profile example of how instant messaging services play a integral role in our digital lives, and even though general cellular connectivity is always being upgraded and improved, FireChat offers an anonymous, off-the-grid alternative to your traditional IM networks. 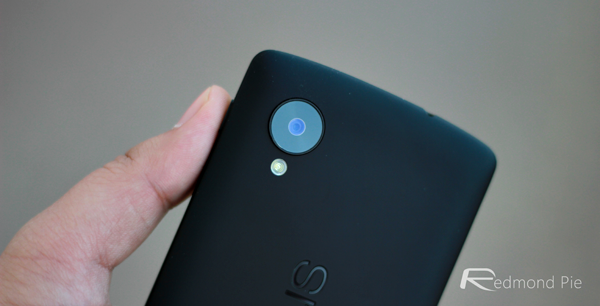 FireChat’s app for iOS 7 has taken advantage of new wireless technology features added by Apple with its latest software version, and has been an overnight hit with hundreds of thousands of daily downloads. After such a successful roll-out, the company behind FireChat has just released the customary edition for Android users. 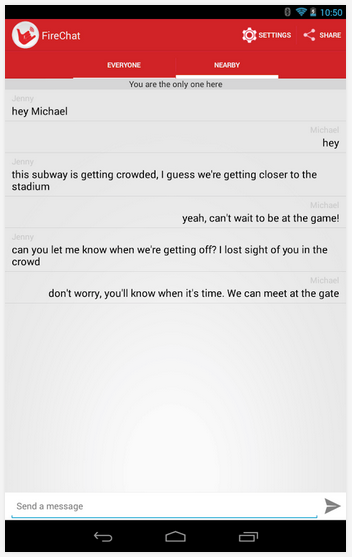 While the iOS version of the app takes advantage of Apple’s own enhancements, the Android edition utilizes FireChat’s tailor-made, proprietary mesh networking system known as “multi-hop,” which creates a bundle of small peer-to-peer networks that can hook up to another user within 30 feet. From there, users can connect to the wider audience through a daisy-chaining effect, and even though traditional IM apps like Kik Messenger, WhatsApp and LINE continue to make the headlines, we could well be looking at the future right here with FireChat. 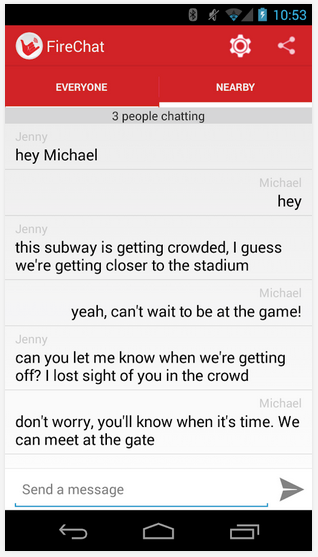 It’s only been around for a couple of weeks on iOS, and has already been downloaded in high volumes, reaching the top ten social charts across 80 different markets. Continuing in its current vein, we could well be on the cusp of another major player in the thriving IM market.

Micha Benoliel, CEO of Open Garden – the company behind FireChat – describes the new Android release as the “best-in-class peer-to-peer chat experience to anyone with an Android device,” and with those aforementioned multi-hop features, can “extend the range of peer-to-peer communications significantly.”

If you’d like to see just what all the fuss is about, then be sure to pick up the Android app via the link below.