That’s Odd: Samsung Is “Not Yet Developing” Fingerprint Tech For Its Upcoming Smartphones

Samsung has just come through with a Galaxy S4 Gold Edition, and with murmurings prior to the Note 3’s release that the company was working on fingerprint sensing technology, some had suggested that latest addition to the the iconic phablet range could include a feature comparable to that of Apple’s new Touch ID. But the South Korean outfit has stepped out to clarify that this is not the case, and as the Korean Herald reports, there’s no plan to develop an iPhone 5s-like feature at any time soon.

Apple and Samsung seldom release a product in the mobile industry without the other having a good go at emulating certain aspects, and although many commentators and tech fans alike had something to say about Samsung’s suspiciously-timed new gold Galaxy S4 handsets, a Touch ID-incarnate for the Korean company’s handset range seems a long way off right now.

As the Korean Herald mentions, Samsung has no intention of bringing a fingerprint scanner into any of its products until some time late next year, with the main reason being that the technology behind it remains fledgling at best. It’s a rather dramatic twist of fate considering that the perception is one of Apple holding off from emerging technologies while Samsung et al dive in head-first, and with still no NFC-enabled smartphone yet from Apple, this trend had appeared to be continuing.

Yet now it would seem as though Samsung wants to wait behind Apple before going ahead and bringing its own version, and with so many eyes watching from Cupertino, waiting for the company to breach one of Apple’s patents in doing so, Samsung has the unenviable task of trying to introduce a new feature without ruffling the feathers of Team Tim Cook. 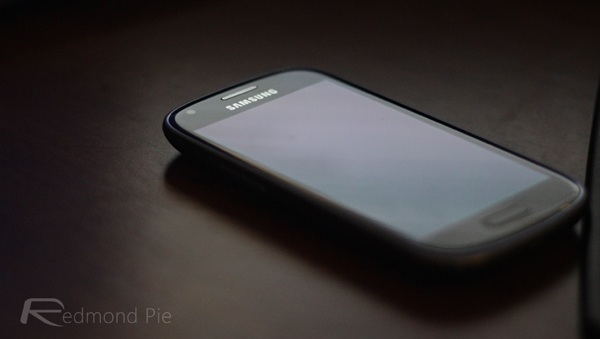 The Herald quotes a Samsung spokesperson as saying that the company is “not yet developing the technology,” so those enticed by the iPhone 5s’s quirky new feature will either have to purchase one, or wait quite a while for Samsung to catch up with its very own offering.

What do you think – does the Samsung Galaxy S or Galaxy Note range need a fingerprint sensor? Or should Samsung steer clear of the technology altogether? Do share your thoughts below!