Facebook may have been around for what feels like forever, but the social network is still missing one or two features that some of us have been crying out for. One of those features is something that seems rather simple on the face of it, and today Facebook announced that we will soon be able to edit our own posts on the social network.

Starting on the Web and rolling out to mobile apps shortly, the ability to edit our own posts on Facebook is something that we’ve all been asking for. Everyone has managed to mistype a status update, or written something that makes zero sense when read back. Previously we had to choose to either delete the entire update along with any likes or comments that it had accrued, but Facebook says that we will be able to edit those comments instead, starting with a phased rollout on the Web.

As is so often the case with Facebook changes, the ability to edit updates will be added to accounts on a rolling basis, so don’t be surprised if you don’t have access to the feature just yet. We’re told that mobile support is on the way too, so you’ll soon be able to correct those spelling mistakes on your smartphone. Android owners should see an update land later today, with iOS users having to hang fire just a little longer. Given mobile is where we all seem to update Facebook from these days, being able to edit posts from the same device is something that should be a given. 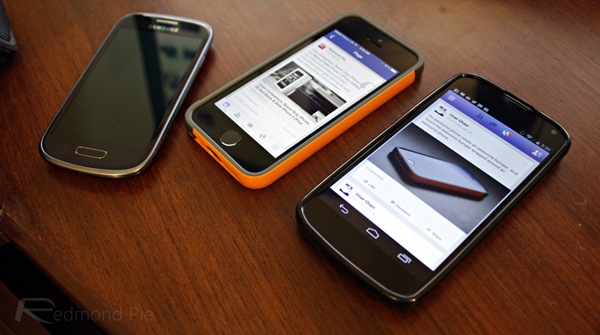 Facebook isn’t giving a timeline for when it expects to have the editable updates rolled out to all its users, but we’ll be checking our accounts regularly. Here’s hoping it doesn’t take too long, unlike some of Facebook’s past changes.

Of course we do!