Tesla To Reportedly Launch Its Own In-Car Music Streaming Service

Recent advances relating to in-car tech as well as battery efficiencies have pushed Tesla and it’s electric vehicles forward hugely in recent months, and it also seems now that the company is looking to bolster that proposition by having talks with music labels over the possibility to offering its own in-car music streaming service with each vehicle sold.

The latest reports suggest that executives within Tesla have already had meetings with the heads of all of the recognized heads of large music labels with the aim being to try and piece together a Tesla-branded music service that would be offered through the dashboard of a sold Tesla. 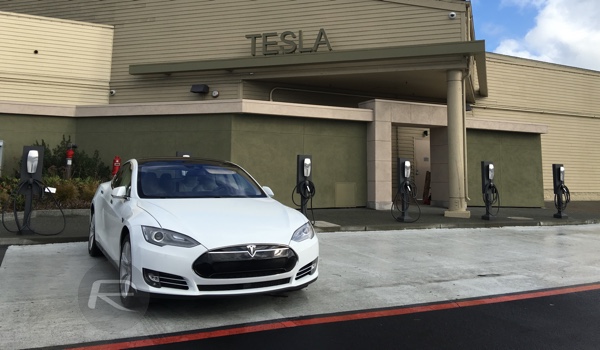 According to sources, any Tesla music service could start by offering a free-of-charge radio streaming service but could be bumped up and financially supported by a range of additional tiers. An official Tesla spokesperson has commented on music within its vehicles:

We believe it’s important to have an exceptional in-car experience so our customers can listen to the music they want from whatever source they choose. Our goal is to simply achieve maximum happiness for our customers.

Once upon a time, it would be a spectacular revelation for a company like Tesla to be even considering blurring the lines between the services that it offers and even considering embarking on a venture like this. However, it seems that modern technology companies tend not to stick to purely one vertical, but rather look in all directions for propositions that could augment what they already offer to consumers. It’s also been noted that Elon Musk alluded to the likelihood of something like this happening in Tesla’s most recent shareholder meeting earlier this month.

It’s definitely an interesting idea and one that we will follow with keen interest. Those who purchase a Tesla vehicle can already take advantage of other more well-established music services in the vehicle, such as Spotify, which makes us wonder how popular or necessary a Tesla service would actually be.

We’ll bring more on this as soon as anything concrete develops, but it’s likely that this will be filed under “interesting but ultimately comes to nothing.”