T-Mobile CEO Tells It How It Really Is: iPhone 6 Bendgate Is “Bulls***” [VIDEO]

Well, someone had to say it how it really is.

T-Mobile’s outspoken CEO John Legere found himself on-stage at the GeekWire 2014 summit and once an interviewer made the mistake of asking whether his iPhone 6 Plus was bent, things got interesting. Waving his phone around in the air and with what can only be described as indignation in his heart, Legere set about putting the world to rights on the subject of Bendgate, calling the entire controversy nothing short of "bulls***."

In truth, it’s hart to argue with his logic. 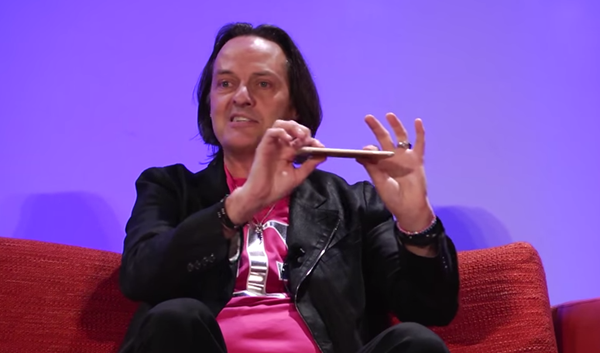 Asking the simple question of “what the **** are you putting it in your pants and sitting on it for," Legere manages to cut through all the rhetoric with one simple and honest question and we have to admit it’s a pretty good one. After all, this thing probably cost you quite a bit of money – why not look after it?

That’s a point that Legere is sure to put across also. After all, you don’t mistreat your laptop, do you?

“You know what, those 9 people that sat on their phones, first of all they need jeans that fit them a little better, cause if your jeans are cutting your phone. What idiot (tries to bend the iPhone 6)? Give me a break. Take your laptop, you know, do handstands on it, throw it against the wall. That’s bull****. This thing doesn’t f****ng bend.”

Legere has long been known for his foul mouthed outbursts on various things from how T-Mobile’s competitors operate to the cellular industry as a whole, and it’s no surprise to us that he is the one to take the bendgate situation bull by the horns. Whether you agree with the way he works or not, there’s no doubting the guy’s passion for what he does.

If only all CEOs had a little of his fire in their bellies.