If you’re lamenting the loss of Launcher on iOS 8 following Apple’s rather disappointing decision to pull it from the App Store, then Quick-Tap widget could be right up your street.

Apple’s App Store guidelines can be opaque at best, so it’s entirely possible that the folks behind iOS app Launcher really didn’t think that it would fall foul of the whim of a store reviewer. The app got approved after all, but after it gained some notoriety, it was pulled for offering something Apple didn’t want it to offer – a way for people to perform actions quickly via the Today Notification Center screen.

The app was a real boon if you wanted to send text messages, call people or launch apps with the tap of a button inside Notification Center but alas, Apple didn’t like it and subsequently banned it from the App Store for what it said was a ‘misuse of widgets.’ So, with that in mind, we don’t expect Quick-Tap to last much longer, either.

A handy alternative for Launcher and still available for download for free from the App Store, Quick-Tap isn’t quite as powerful as Launcher in some ways, but is better in others. For example, it can only launch certain apps or features, but does give granular control over when those options appear based on things like location and the time of day. 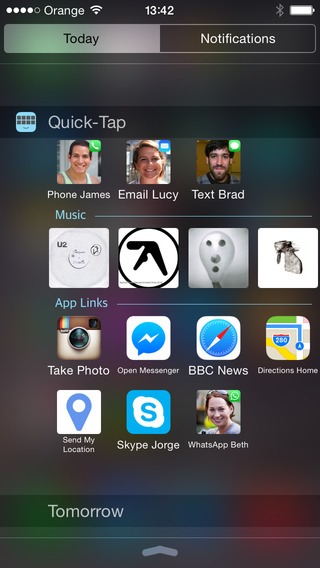 The list of things Quick-Tap can do includes making phone calls, sending messages via Facebook, Skype or WhatsApp and browsing specific webpages with a single tap. 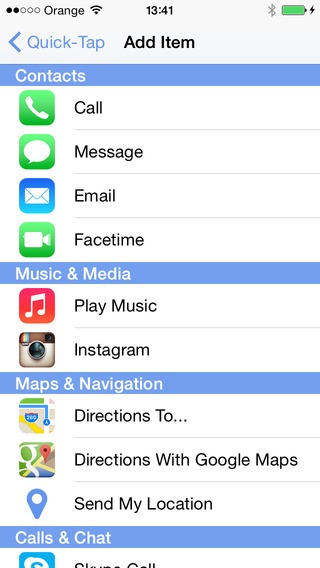 If you think you might make use of Quick-Tap at some point then we suggest you download it now. If Apple didn’t like what Launcher was doing, then it’s probably not going to be particularly happy with Quick-Tap either. It’s free anyway, so there’s no good reason not to give it a try!