T-Mobile CEO On Apple Watch: It’s Going To Be Huge

Apple’s new smartwatch doesn’t even have a proper release date yet and the war is already well and truly underway between the Apple Watch and the plethora of Android-powered alternatives that continue to beat it to market. Unsurprisingly though, the Apple Watch has already made some friends in the technology space and one notoriously outspoken figure is sounding the battle cry in Cupertino’s favor.

Never shy of passing a comment, T-Mobile CEO John Legere has thrown his weight behind the Apple Watch long before it is due to go on sale, saying that he believes that its arrival will act as a tipping point for the niche wearable market. 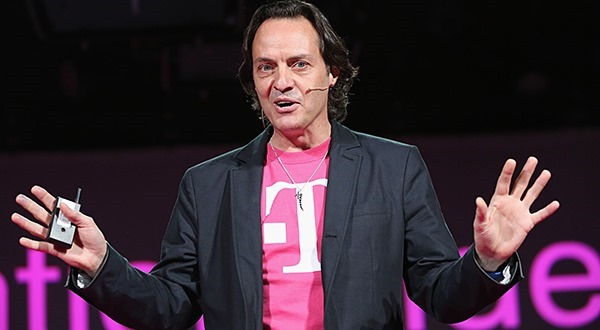 “We haven’t begun to see the potential of this category. And though we won’t see its full impact in 2015, I believe that the Apple Watch will mark the tipping point when wearables go from niche to mainstream.”

With players like Fitbit, Nike and Jawbone early to the game when it comes to fitness trackers and the likes of LG, Samsung and Motorola already shipping very capable smartwatches, Legere thinks that it will take Apple’s offering to truly kick the wearable format into the mainstream in a similar way to how the iPod took the MP3 player to a new level. It’s arguable that the iPhone did a similar thing for the smartphone too, so Apple definitely has form in this game.

Right now though, and no matter what Legere says, the big stumbling block for the Apple Watch is its unannounced price and that release date which we’re all very eager to know. With the possibility that the Apple Watch will cost more than the competition it will need to be on top of its game out of the gate. Apple has already said that the watch will not have its own apps on release day but will rather leach apps from the iPhone instead. This hybrid no-mans-land may keep the watch ticking over, but it’s the addition of real, native apps that will make or break it.

And yes, we just said ‘ticking over’ in a sentence about a smartwatch. Bonus points to us!