Coffee-peddling franchise Starbucks grabbed itself a bit of additional airtime by being among the first companies to offer support for Apple’s Passbook feature of iOS 6. As is often the case, support didn’t stretch outside the borders of the United States, but today, support for consumers in the United Kingdom has been added, as well as Canada.

Despite opening its Passbook support up to millions more people, it still hasn’t been optimized to fit comfortably on the iPhone 5’s new screen – leaving those rather unsightly letterboxes exposed at both the top and bottom ends of the display. 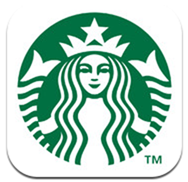 The larger screen has certainly been well-received among early adopters of the iPhone 5, and since the design has also been vastly improved with regards to the new Apple smartphone’s digital display, it can also be classified as “better” than that of its predecessors. Having said that, display improvements tend to bring a few gripes with concern to support from developers, and while many apps have already been tailored to the longer, 4-inch monitor, many are still awaiting that golden update.

The Starbucks app appears to be one of those, although given how the coffee chain was one of the first to hop aboard the Passbook bandwagon, it would only seem a matter of time before the letterboxing is a problem of the past – at least with this particular app.

Those agitated by the letterboxing should, to put things into perspective, remember how horrible iPhone and iPod touch apps looked in compatibility mode before developers got to work on proper iPad versions. Using an iPhone app on an iPad at x2 magnification is no picnic, so although there are still many, many applications in desperate need of stretching out, it’s not as bad as it perhaps could be.

If you’re a big coffee drinker running iOS, you might want to check out the link to the official Starbucks app below. Personally, I don’t see the interest but it takes all sorts, I guess.

(Source: Starbucks for iOS on the App Store)