Cydia has accumulated an increasing number of keylogging apps and tweaks which, while could obviously be used for unscrupulous, malicious purposes, could also have everyday, more home-friendly uses.

For example, parents can keep a close eye on what children are getting up to online. Seeing as there isn’t much censorship on the web (to which we are grateful), having a form of keylogger installed can offer parents peace of mind, ensuring their kids aren’t viewing dangerous / threatening / generally inappropriate content. 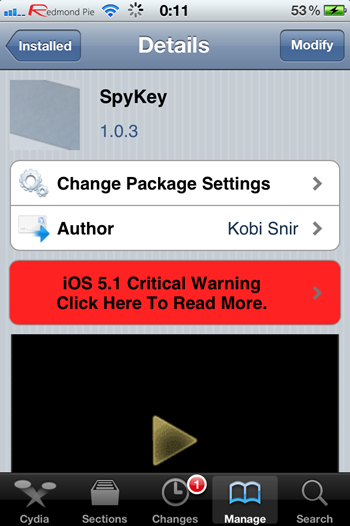 In addition, they can also be used to passively back up data in the event of a program crash or a power cut, and, possibly primarily, used to spy on the activity of others. While there are some ethical issues attached to spying on others, there can be legitimate reasons behind doing so. We’re not here to judge, simply inform, and the SpyKey jailbreak tweak allows keyboard strokes to be logged in their entirety.

In order to get started with SpyKey, you need to firstly obtain the desktop server client, which can be downloaded via this link. Then simply extract the downloaded file, run and install. Within the application window on your desktop, you will see your I.P address, which you need to copy into the app by tapping the rightmost button in SpyKey for iOS. 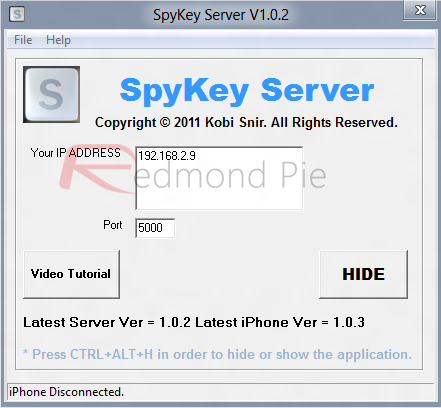 Providing your device and PC are both connected to the same Wi-Fi Network, every single keystroke will then be recorded onto your iPhone, iPad or iPod touch device, as depicted in this screenshot: 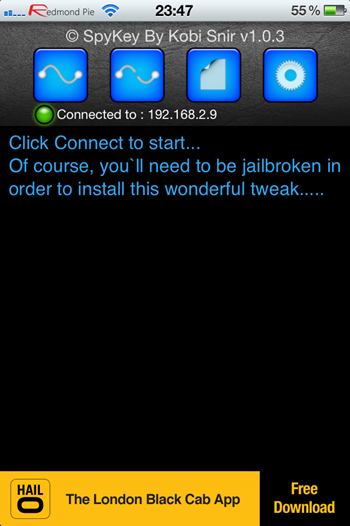 You can also hide the desktop client from view, allowing it to covertly spy in the background. As you can see, there is an iAd implementation, but luckily, it doesn’t really impinge on the main functions of the app.

If you feel as though you have a use for this particular Cydia app, then you can download it right now from the BigBoss repository – a default in your list of sources within the Cydia app unless you’ve opted to manually delete it. Both the desktop server application and the accompanying iOS app are absolutely free of charge, so there’s no real risk on your part whatsoever.