Even though iOS is pretty easy on the eye for the most part, our tinkering nature entices us to make certain visual changes in order to make things a little more to our liking.

WinterBoard has been around since the early days of jailbreaking. Created by Jay Freeman – otherwise known as Saurik – it allows various elements such as icons, sliders and docks to be customized to the nth degree. For some, however, this isn’t enough, and as such, Springtomize 2 offers a more complete, system-wide manipulation service which leaves no stone unturned. 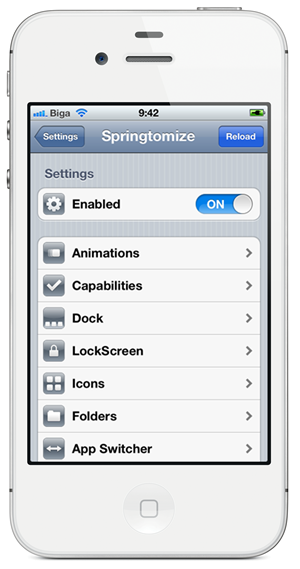 Not only does it cater to various color changes and whatnot, it provides an unrivalled wealth of options which lessen the need for a bunch of other Cydia tweaks in the process. Case: Shrink allows icons to be resized, meaning if you use an accompanying utility like Icononclasm, you can increase your SpringBoard’s capacity threefold and beyond. Springtomize 2 allows you to do both, including them in an a seemingly-endless list of functions as if to boast: “yes, we do it all!”

We’ve featured Springtomize – and for iOS 5, Springtomize 2 – on numerous occasions here at Redmond Pie, but it has recently been updated with some significant new features which may be of interest to the jailbreakers amongst you. Version 1.2-1 now fully supports both iPads along with the relatively-new iPhone 4S. More Cover Flow effects have been added, which make your docked icons appear like album art in the music app, and as a heads-up, this aspect works rather nicely with the Infinidock tweak.

Perhaps the most fetching addition to the latest revision is the ability to change the transparency of the Notification Center. Sure, it’s great to have some organization after the hullabaloo of notifications in previous iOS versions, but the background is very intrusive and somewhat unsightly. Again, there are other tweaks which enable you to fine tune the look of your notification slab, but why have multiple when you can have an all-in-one? 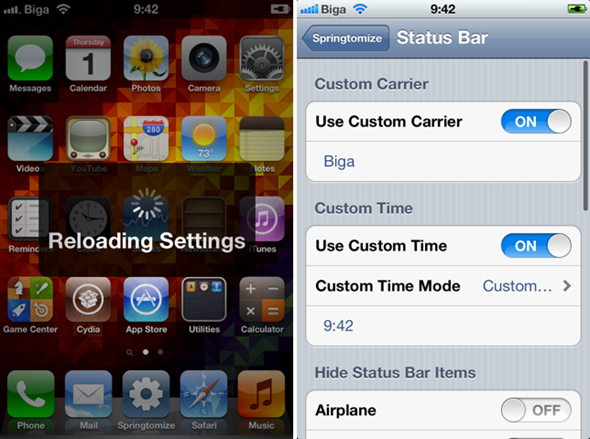 Marketed as “the only tweak you need to customize your device”, we’d co-sign that statement in its entirety. If you like to fiddle, then stick with Springtomize 2 – available over at the BigBoss repository in your Cydia source list.