Apple is a great example of a company refusing to rest on its laurels. Despite dominating in a variety of markets, Tim Cook and Co. are always looking to revolutionize aspects of the world through the technological looking glass.

Just recently, Apple announced its big textbooks push, aiming to help students and teachers alike in educating those with a thirst for knowledge. With in excess of 350,000 downloads of the introductory batch of textbooks in the first three days alone, one suspects large-scale adoption is nigh. 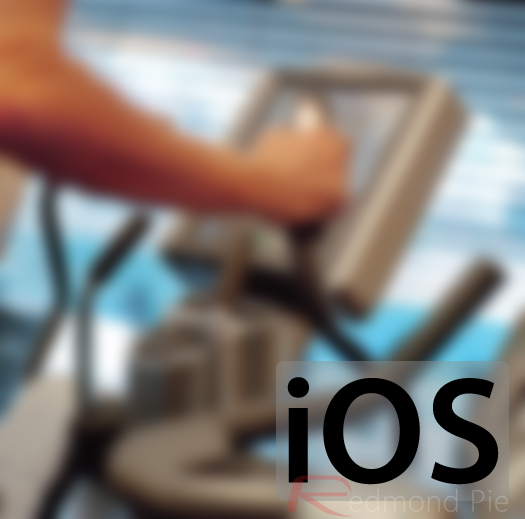 A recent patent filing by the company from Cupertino, Calif. suggests future versions of iOS software may introduce new, more competitive strain fitness technology. As you’ll probably be aware, Nike has had a deal with Apple for years to help fitness freaks track progress by way of calorie counting, distance tracking, and record-breaking – with the ability to compare results once the workout is complete. However, this new approach will enable users to compete real-time and share performance data with others working out at the same time – no matter whereabouts in the world they may reside.

Of course, Apple is notorious for filing patents left, right, and center; most of which never bear fruit. But this technology – a here-and-now take on Nike+ iPod – would allow users to share live data with other iOS users performing similar workouts on the same equipment.

In the patent, Apple demonstrates one example in which two runners are each working out on treadmills, tracking real-time stats to their respective iOS devices. Both runners can then sync their devices together wirelessly during the run an view each other’s current pace, distance, calories burned, heart rate, blood pressure, and blood oxygen levels: 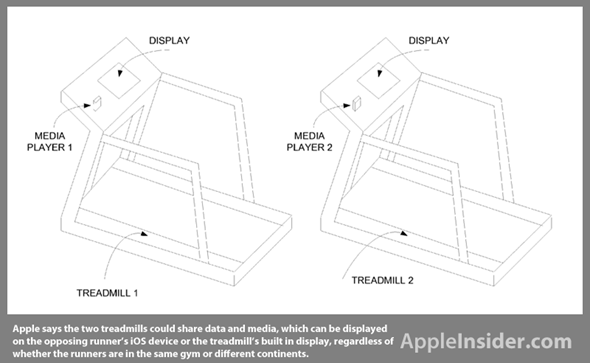 In addition, the idea isn’t just limited to treadmills, and could also be applicable to elliptical steppers, bike and weight machines, and even your run-of-the-mill pushbike.

On paper, the idea seems great, allowing jogging/exercise partners to continue spurring each other on whether they’re in Australia or Arkansas. Apple also mentions the technology may go further than head-to-head, allowing many competitors to train against each other.