The official iOS App Store is awash with all singing and dancing Twitter apps which allow members to interact with all aspects of the micro-blogging service. Regardless of whether it is the official Twitter app, or a third-party creation such as TweetBot or Echofon, that is your preference. Sometimes, something a little bit faster and lightweight is required.

Apps that are tailored to provide a simple tweeting experience are available, such as Tweet Time in the App Store or TwitkaFly in Cydia, but for those who want a little more power and love using the iOS 5 Notification Center, then Cydia now offers the SmartTweet package. With previous Cydia-based releases, we have seen the ability to tweet from Notification Center, and the home screen with the invention of Dashboard X, but SmartTweet offers a fairly comprehensive Twitter experience.

In all honesty, for a lot of casual and intermediate Twitter users who don’t use the platform religiously, SmartTweet could actually act as a permanent replacement for a standard Twitter application. First and foremost, the tweak gives users the ability to view their timeline, meaning they have access to all tweets that are posted from people who they follow. Personalized mentions are also displayed within Notification Center, as well as the ability to reply directly to any mentions that may filter through. 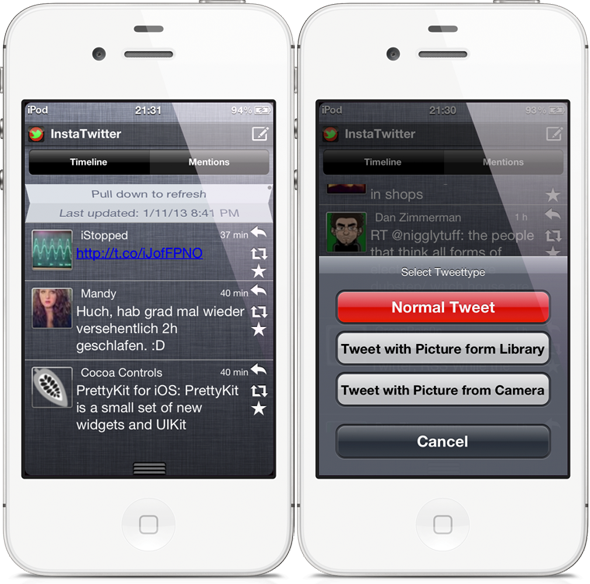 The popular retweet feature has also been implemented in this Notification Center creation, as well as the option for users to favorite a particular tweet for viewing at a later date. What would a Twitter offering be without the capability to create a new tweet? Thankfully this feature is also available and brings the ability to create text-based and image-based tweets, pulling an image directly from the device’s Camera Roll or by using the built-in camera.

With the promise of more features coming soon, it looks as though SmartTweet will be a package that will be updated consistently to bring even better value for money that it already brings. For those Twitter users who can do away with the styling of a home screen-based Twitter app and prefer something a little faster, then SmartTweet is definitely worth a shot.

SmartTweet is available to download from the BigBoss repository for a cost of $1.99 and requires iOS 5 or above. The package is currently only supported on a jailbroken iPhone and iPod touch and is not currently compatible with the iPad.