This ‘Fold To Unlock’ Lock Screen Concept For iPhone Is Pure Awesomeness, Someone Should Make This A Reality! [IMAGES]

One of the most important concept that exists within any mobile computing environment is the design of the user-facing interface. With mobile devices such as smartphones and tablets having limited screen real estate, it is vitally important that the operating system and any installed apps present all necessary information to the user in the most efficient and attractive manner possible.

Over the last few months a number of iOS apps have hit the App Store that implement a folding view-type effect that developers have used in a number of different instances throughout their apps. That exact effect appears to be the basis of a new lock screen concept that designer Anton Kudin on Dribbble, and he believes that it should replace Apple’s existing and traditional Slide to Unlock feature. Kudin, who is an interface and web designer, has taken to the popular designers paradise of Dribbble to share his idea with the pixel loving world. 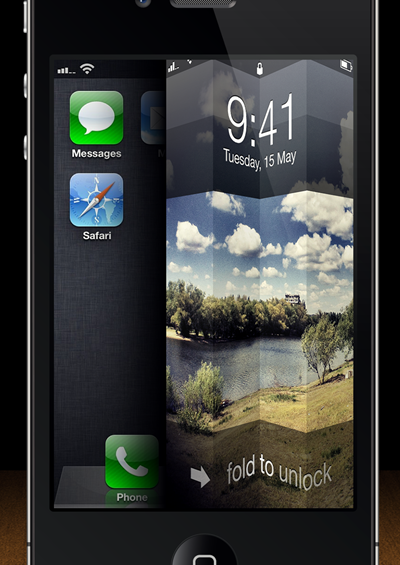 The creation of iOS concepts is nothing new, after all we have seen a number of designers produce ideas ranging from what they believe the new iPhone should look like as well as a touchscreen, folding and rotating iMac. However, this fold-to-unlock lock screen concept is the one which could actually have a place in the real world if properly implemented by Apple, and I for once, would love to see it introduced, either officially or as a Cydia installation for jailbroken devices.

As beautiful as this concept lock screen looks, the designer does concede that he actually got the idea from a fellow designer who had produced a similar concept for Android devices. From a technical and user experience point of view, there isn’t really any reason why something like this couldn’t be very successful in a mobile device, after all, handsets like the Galaxy S II unlock by simply swiping the screen out of view. The addition of the folding screen would add a very attractive piece of polish to it. 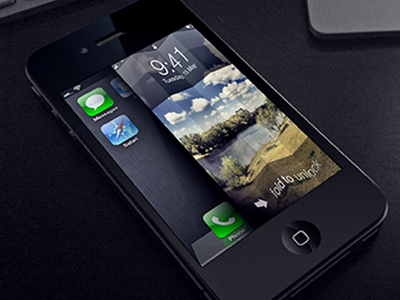 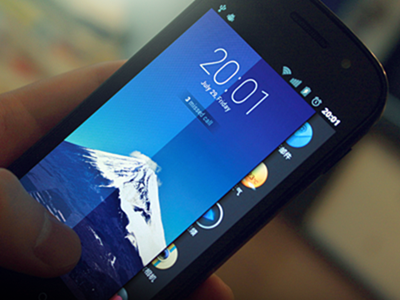 Unfortunately, with Apple using their traditional slide-to-unlock method in all iPhones to date, as well as the iPod touch and iPad, and not that long ago, actively pursued a legal case against a manufacturer which they believed was infringing on their patent surrounding the method, it seems very unlikely we will see it change any time soon. I will continue to dare and dream, and if there are any jailbreak tweak developers reading this, I dare you to create a package like this.