After a relatively slow start, cases and shells for the iPhone 5 are arriving at a rate of knots, and if you’re in the market for a protective bubble for your new Apple smartphone, we’ll be taking a look at a variety of them here at Redmond Pie. Today, we’re going to be scrutinizing two particular offerings from a well-known Palo Alto company by the name of Speck.

If the name rings a bell or two, that will be because the company sells covers and cases for a bunch of Apple products – from iPhones, to iPads, to MacBooks. They are official accessory partners of Apple’s, and their gear is featured in most of the Cupertino company’s retail stores across the planet.

Speck has been kind enough to send us two samples of an entire range of high-quality iPhone 5 covers; the CandyShell and SmartFlex Card.

The CandyShell is comprised of two key elements which, combined, offer a fantastically durable protective experience. The interior is laden with a rubberized compound, which grips onto your iPhone 5 as tightly as a mother would its child. As soon as you pop your device into its grasp, you feel as though it is safe and secure from all the day-to-day scuffs and scrapes smartphones are inevitably faced with. 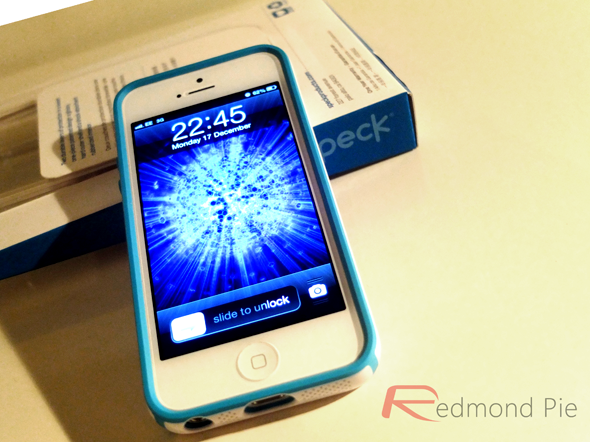 This rubber-based internal sheet will prevent your iPhone 5 from sustaining serious damage when accidents should happen, and that protection is enhanced by a tough, glossy exterior. Together, they represent something of a dual-action force, and a rubber lip also sits around the perimeter of the front, protecting face-down drops from cracking the durable – but not infallible – Gorilla Glass 2. 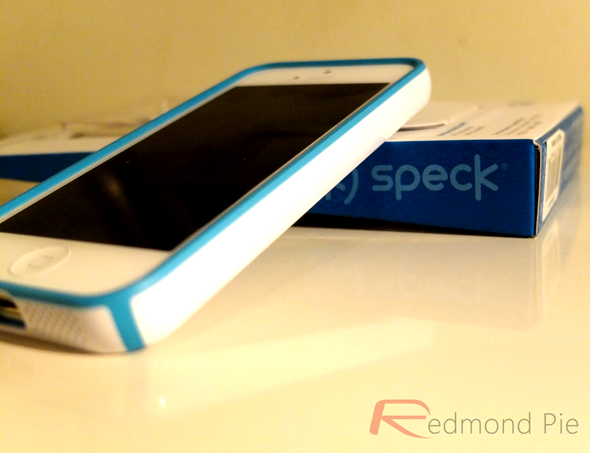 Despite earning its stripes as a robust, shock-absorbent accessory, the CandyShell still manages to ooze style. We’ve all seen those cases purporting to offer a vastly superior degree of protection, but compromise style and bulk in the process. The CandyShell looks nice, it feels wonderful in the hand, and most importantly to many – it doesn’t make your device feel like a brick. 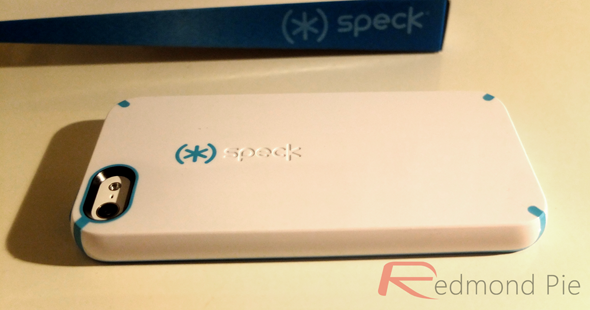 The SmartFlex Card is a different animal altogether. It arrives in a stylish matte Black (depicted), Pomodoro (red), Grape (purple), Graphite (gray), and Malachite, which is a rather delicious shade of green. Although it does offer great protection akin to the CandyShell, its main selling point is its ability to hold up to three of your cards at any one point. 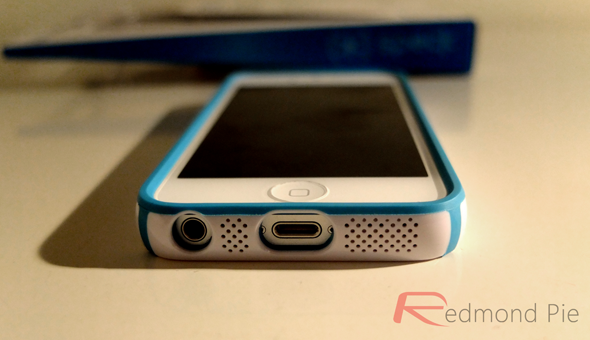 Your iPhone 5 fits snugly into the front, and when you turn your device around, you notice a handy wallet contraption, which will hold up to three cards (or even more paper tickets) in a convenient slot. Thanks to an exposed cut-out parallel to the card entry slot, making it easy for you to push your cards out, and in all honesty, the process is even more enjoyable than attempting to prize cards from a real wallet. 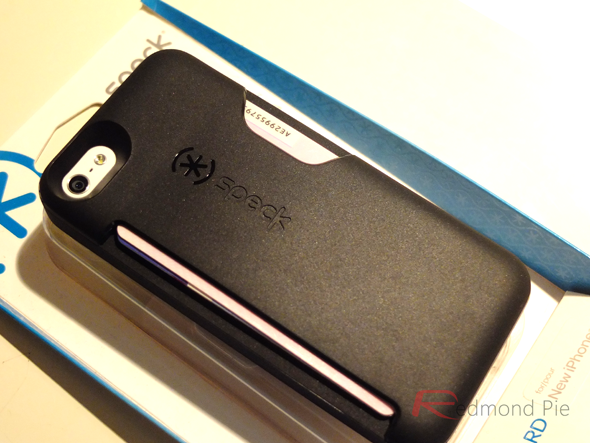 Should you only wish to carry around one or two cards around at a time, they will not slip out of place thanks to the design of the SmartFlex Card, which wedges everything securely in place. Three is the limit set by Speck, but I managed to squeeze four train tickets and one card in without leaving the case misshapen. 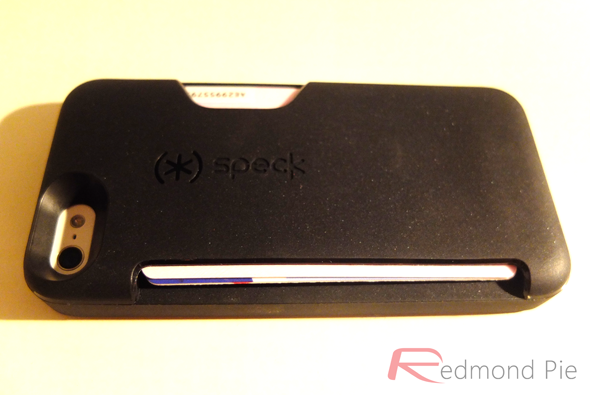 Both the CandyShell and SmartFlex Card cater to different audiences, and of the pairing, I cannot pick a favorite. Ultimately, it’s a matter of taste – the SmartFlex Card is a sophisticated case-wallet hybrid, reducing the contents of your pocket, while the CandyShell is arguably your best bet for optimal protection. 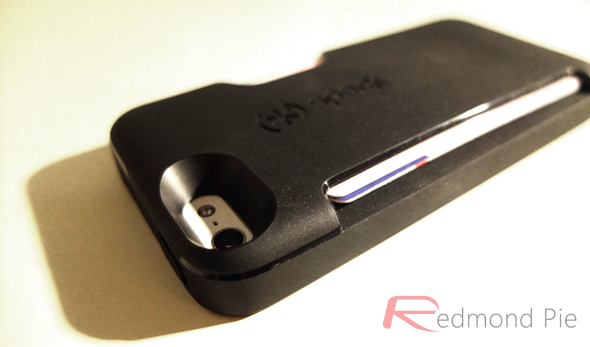 Above all, you get a real feeling when holding either case that quality materials have been used, and this is the most important thing in my opinion. There’s a reason why Speck is one of the most revered companies in its field, and if you want substantial protection for your iPhone 5, the two we’ve seen here today are both very, very worthy. 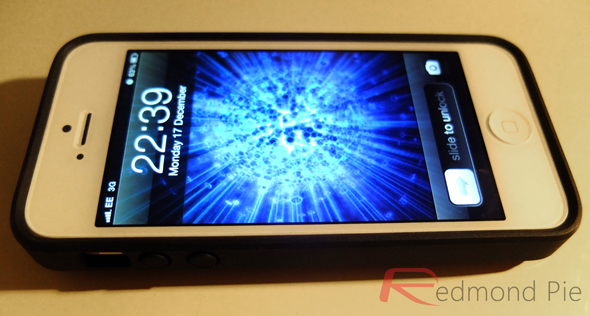 Both the CandyShell and SmartFlex Card cost £29.95, and are available right now from the Speck Website, along with many other weird and wonderful variants. Interested? Check out this URL: speckproducts.com