SloPro for iPhone 4S has been updated and now allows film makers to record video at an amazing 1000 frames per second, according to the people behind the app.

A follow up to the original SloPro app which debuted back in April, SloPro 2.0 takes the 60 frames per second of the first app and increases it dramatically by using a combination of both hardware and software, with the latter allowing the developer to achieve that mind-bending figure of 1000fps.

Amazingly, film makers can create impressive slow motion movies on their iPhone 4S with little initial outlay. By little outlay, we mean none at all, with SlowPro 2.0 being a free app and it is available to download on the App Store right now. We’ll pause for a second while you head on off to download it now before the developer changes their mind. Go on, we’ll wait.

Now that’s out of the way, let’s carry on shall we?

That 1000fps number comes courtesy of technology that the app’s makers are calling Optical Flow. This, apparently, uses a combination of the GPU and unicorn tears to produce the videos that promise to offer some slow motion magic that will blow you away. The developer is extremely excited about this latest release, and we can see why. The promotional video we have seen is impressive to say the least, and we’ll be looking to put SloPro 2.0 through its paces at the earliest opportunity ourselves. We’re sure you will be, too!

Along with that impressive FPS stat, SloPro 2.0 improves upon the successful formula of the original in other ways, too. For starters, the app now supports the iPhone 3GS, which will be great news for those still yet to upgrade from their trusty warhorse. Improved export options and an iPad version are also improvements to come with version 2.0, too. 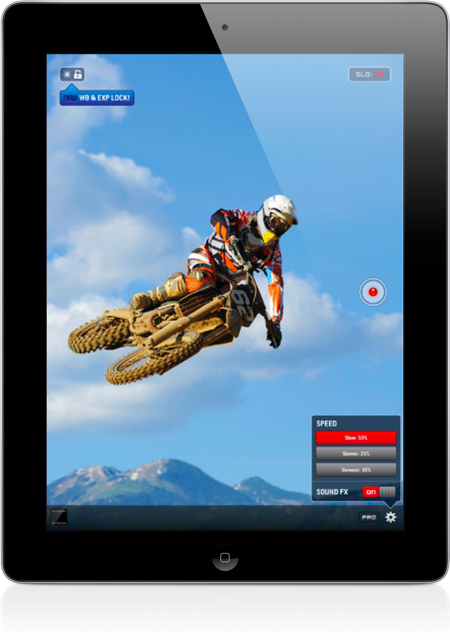 Once again we are seeing why the iPhone 4S’s camera is thought to be one of the best available in a modern smartphone. Combine that camera with a community of app developers that know how to get the best out of the iPhone and this is the result. Impressive stuff indeed.