I really don’t want to meet the man who will attempt to argue with the fact that the iPhone 4S is not a wonderful piece of modern technology. Beautiful to look at, feature packed, and powered by advanced technologies makes it one of Apple’s proudest achievements to date, and has certainly proved extremely popular with consumers since its launch.

As good a device the iPhone 4S is, the hardware is only part of the battle and we require great developers to produce mobile apps for the App Store that makes Apple’s creations even better, something that has been realized with the release of the SloPro app for the iPhone. 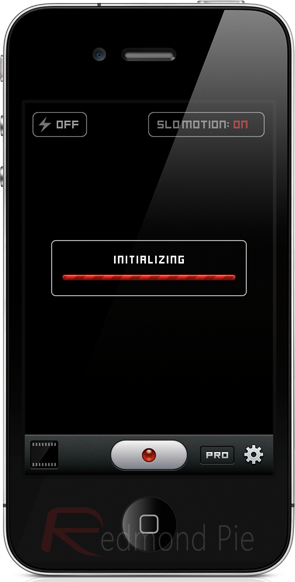 The SloPro video recording app for the iPhone, developed by Sand Mountain Studios, is definitely a great example of an app that makes the iPhone a better device to use. Apple packed a great camera into their latest iPhone and you’d be hard pushed to find a smartphone on the market that produces still images in better quality than the 4S. The 1080p video recording is also extremely good, but it is captured natively at 30 frames per second, something which is a let downer for some video recording enthusiasts, and we’re one of them.

SloPro alleviates that issue by capturing video at a whopping 60 frames per second, unleashing smooth and natural looking slow motion video, something that wasn’t possible before. In normal circumstances, capturing video at that frame rate would be considered enough for a decent app, but SloPro ships with a few additional features that makes the app an extremely useful icon to have on your 4S’s home screen. The current 1.0 version has the ability to allow users to toggle slow motion recording on or off whilst actually recording a video, meaning that the elusive slow-mo effect can be applied on the fly. Once the video is captured, the slow motion editing feature gives the user the ability to trim and change the sections of that video that were captured in slow motion, something which is very powerful for those who like to edit their creations afterwards. 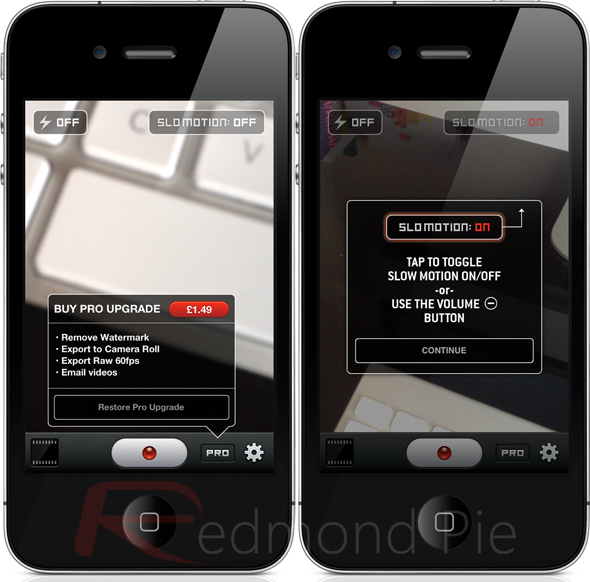 Perhaps one of the best features of the app, and something that is quite rare in other video capture creations, is the fact that SloPro has no rendering delay at all, meaning as soon as the video is shot, it is ready for playback in all of its slow motion glory. Additional support for Facebook and YouTube upload gives the Sand Mountain Studios app the social support that it deserves although it would be nice to see Twitter support added in a future update. The app is a free of charge download from the App Store with the option to upgrade to the pro version via a $1.99 in-app purchase, which removes the watermark, brings the ability to export video to the device’s Camera Roll, allows the exporting of raw 60FPS video and emailing the video to friends.