Are you a Call Of Duty video game fan who has been suffering from intense withdrawal symptoms after finishing the last Black Ops game? Do you long to be thrown back into the world of a heavily armed foot soldier looking to right the wrongs of the world? Well my friends, good news could be on the way for you as the official UK Call Of Duty website has now confirmed the much talked about sequel to the Black Ops game, Black Ops II.

Not a great deal of information has been given at present and we are expecting a more detailed announcement soon, but the teasing website offers a worldwide reveal trailer as well as giving the following advertising info:

Pushing the boundaries of what fans have come to expect from the record-setting entertainment franchise, Call of Duty®: Black Ops 2 propels players into a near future, 21st Century…

The trailer, which shows an initial still image of a helicopter flying away from a city in ruins, isn’t currently available to view, more than likely due to the fact that it isn’t intended to be visible yet until the official launch later today, but it does seem to confirm a setting in the near future. 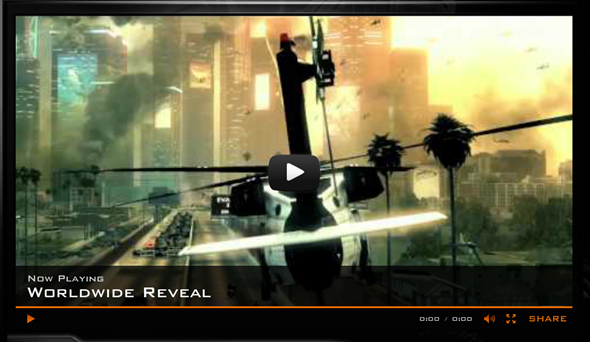 Yesterday, a set of leaked Black Ops sequel screenshots hit the web confirming some of the games intents, with the official website also featuring placeholders for images to be set, but as yet are not showing. The site does contain a couple of contradictions, with one section saying that the game is available to pre-order today, but with the top glowing banner indicating that pre-orders will become available on 13th November 2012.

One would imagine that although the website is incomplete and features holding images for the screenshots and a disabled trailer, it is all designed to add to the hype that will undoubtedly surround this announcement when Activision make their official announcement, expected something this evening. With the development studio Treyarch on board to produce this latest Black Ops installment, the chances are that we will have yet another first person shooter phenomenon on our hands when it launches toward the end of 2012.