We read news and information on a daily basis about individuals and companies trampling on other people for the purpose of self gain, so it is only right that proper credit is given out when it is due for large organizations that genuinely try to do something good in the world. Some people may be under the assumption that Facebook is just a social networking hub, but due to their global reach and importance in people’s lives, it stands to reason that they have a wider responsibility than just be a social network.

We heard some murmurings yesterday from ABC about a new service which Facebook would be rolling out to its users that had the power to save lives, something that was taken with a pinch of salt until the company officially removed the covers today. Mark Zuckerberg and Sheryl Sandberg have used the official Facebook blog to unveil the new widget that users can display on their profile pages to show that they are registered organ donators. The new feature will allow Facebook members to not only proclaim to the world that they are donators, but also select their registered state, the date of registration and a brief explanation of why they chose to donate their vital organs. 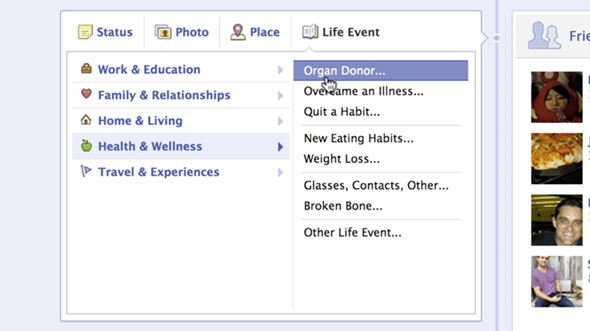 The obvious hope for the new feature is that awareness of the need for donators will become more widespread, and to further boost this, Facebook is also adding direct links that will allow interested members to register as an organ donor in an attempt to try and save more lives across the country/globe. The new features will fall under the standard Facebook privacy guidelines, meaning that visibility can be restricted through the usual manner. 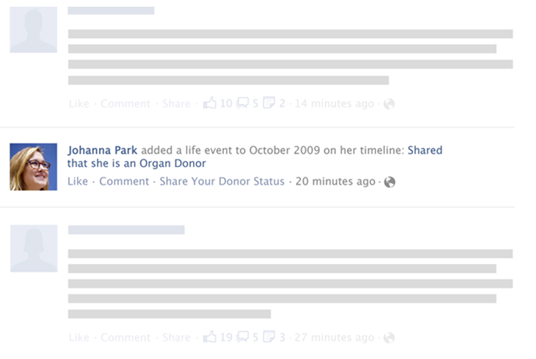 The official Facebook news room post discusses how the company has been amazed by how registered members of the site use the provided tools to make an impact around the world and address not only local community issues, but those that effect the global community:

We never could have anticipated that what started as a small network would evolve into such a powerful tool for communication and problem solving. As this happens, we hope to build tools that help people transform the way we all solve worldwide social problems.

The United States alone contains over 114,000 people who are waiting for a transplant of a major organ, and when that figure is added to the many millions more around the world; it becomes evident why Facebook is attempting to spread the word and reach a wider audience. The launch of the widget is perhaps not what people would have anticipated when a life saving new feature was teased, however the positive impact this could have on the world is extremely significant.